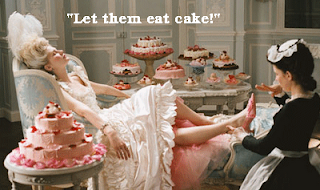 Social problems are in the news lately: riots in England and the stock market volatility, along with unemployment which feeds into both these stories.

One slant I have been hearing on TV is that the riots are caused by "Liberals". Let me follow up on the logic behind blaming the liberals. I have to start with a bit of a background history lesson, because unfortunately people tend to rewrite history to suit themselves, which often results in distortions of epic proportions.

Before I begin with this educational blog, I want to make my own opinion clear. Even though I have liberal tendencies, I am as disgusted by the riots in England as any conservative would be, and would like to see ringleaders punished. But on with the lesson.

Liberals, also known as the left, are properly associated with "the people" or the rabble, if you prefer. Conservatives, sitting on the right, are correctly associated with the upper classes, the rich, the nobility, and by extension the police and military that keep the rich in power.

So hopefully that confusion is cleared up, and we can begin to make sense of our problems today. I can start by saying our problems today are basically the same as the problems of all societies throughout history. There are rich people who want to keep their power and money. There are poor people who need to eat and stuff. When the rich get too greedy, the poor starve more than usual, and rise up in mindless, destructive, revolts and anarchy. This has been documented since the time of the Roman Empire at least, going through some famous examples more recently, like the French Revolution of the late 1700's.

So generally speaking, any massive amount of rioting would be directly (and correctly) attributed to the Liberals, or the Left. But the indirect original cause may be the Conservatives, representing the rich and powerful who set up conditions where the poor are unemployed, maybe starving, or without freedom or human rights.

Now are the rioters in England really starving, or are they just hooligans out for a bit of fun burning down the city and killing people? Is rioting really the fault of liberal do-gooders who are always letting people out of jail, and refuse to allow the police to use deadly force to control the crowds?

Or is rioting caused by the police shooting people at random in poor neighborhoods, against the advice of liberal do-gooders?

Another question is how are the conservatives doing economically compared to the middle class and the poor? Ever since the fall of the Soviet Union and the end of the cold war twenty years ago, the rich have been getting richer and the rest have been losing their jobs and their homes. Two years ago, the entire global financial structure almost melted down due to scams run by the very rich against ordinary citizens. Then the wealthy banks were bailed out by the governments of the world, meaning even more taxpayer money squandered in propping up the rich. The final chapter in this financial story has not been written yet, but within a year, the banks were back to paying out multi-million dollar bonuses to their top employees, and successfully fighting legislation that was intended to eliminate their scams and pyramid schemes.

Meanwhile, for middle class people, layoffs continue as governments are forced to tighten their belts. Why are the governments poor? According to Liberals, it would be three reasons. Reason one: refusing to make the rich pay their fair share of the tax burden. Reason two: giving huge payouts to the rich supposedly to avoid economic catastrophe. Reason three: Fighting multi trillion dollar wars in oil producing countries so that the oil companies can get rich.

According to conservatives, the reasons governments are poor. Reason one: welfare cheats. Reason two: welfare in general. Reason three: Any government operation (other than police or military) is a complete waste of money and should be eliminated. Reason four: Poor people are lazy and undisciplined, and so contribute nothing to the good of society. Reason five: Rich people do not have enough money to create the jobs that people need, because they are being unfairly taxed out of their minds. This leads to unemployment, and hence to lower government revenues because unemployed poor people don't pay taxes. (I know that was a long convoluted one, but it is also well known as "trickle down economics".)

So the conclusion is that riots are generally caused by liberals, who do not allow harsh methods to be used by police. But the root causes tend to be with the economic conditions that are under the control of conservatives. Obviously, both are to blame.