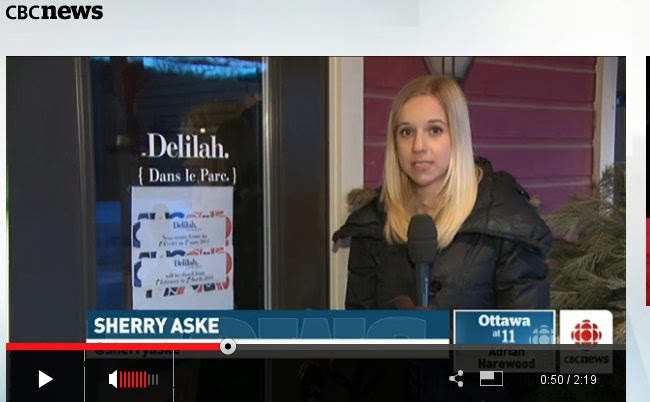 This morning I came across an interesting (to me) story of the French language laws in Quebec.  As most people in Canada probably know, businesses in Quebec, by law, must cater to French speaking customers.  In other words, signage must be in French, promotional materials etc. must be in French.  Other languages are optional.

I do not consider myself an expert on this law, as I live in Ontario, but I know many English speaking Canadians view it as an infringement on their rights, and they do love to come up with stories of the evil Language Police hunting down innocent store owners and driving them out of business with onerous requirements to change their signage.

This is the story I saw this morning.

A sweet charming woman, being harassed over her Facebook page that advertised the store in English, but not French.

Whether or not this case has merits remains to be settled, but let's just use some critical thinking for a moment.  Eva Cooper, the store owners says


“It’s not like I’ve ever not followed the law with my businesses on the Quebec side.”

I assume it is a very easy thing to change the Facebook page (well, anyway my Facebook page is easy to change, but then I don't know if she needs to hire a consultant to make the change for her).  So there should be no problem.  But I noticed the name of the store is "Delilah", and Delilah is famous in the bible as being one of the most deceptive women in a book with many stories of deceptive women.  So I did a little fact checking myself.  On Google, I could not find any record of Eva Cooper having a previous run-in with the Language Police.  Then I had the idea of checking Google Maps street view, to see if the signage on the store was bilingual before the CBC story was filmed.  On street view, I saw a photo of the store just before it opened, with two large signs on each side of the door announcing that Delilah was coming soon.  Both signs were in English.  Is Eva Cooper being deceptive, or did she simply forget, or maybe nobody complained, so it does not count. Or maybe the law only comes into effect the moment the store opens, I just don't know. But I didn't see any French language signs, and two English-only signs.

Anyway, I am not arguing or explaining the language laws in this particular blog, but it's more about honesty in reporting and story telling.  CBC made this woman look like she was not only in complete compliance with the letter of the law, but also the spirit of the law.  Yet she was being asked to change her Facebook page.  Google street view says different. What is the real truth? 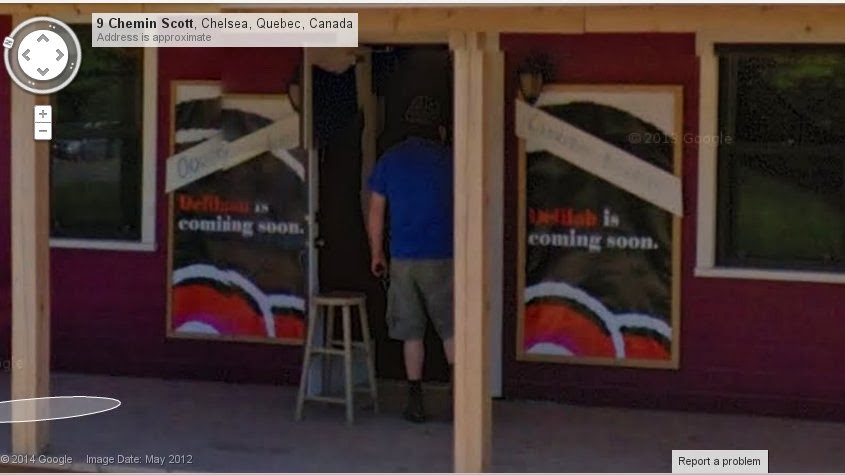