Which Gets Better Gas Mileage, a Prius or a BMW M3? 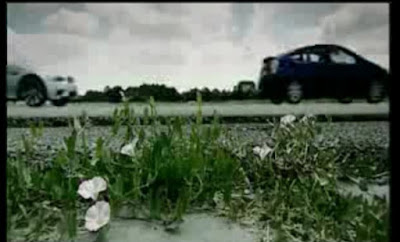 Jeremy Clarkson, a well known Prius hater, used his BBC TV show "Top Gear" to prove that a BMW M3 could get better gas mileage than a Toyota Prius, depending on how it was driven.

From what I could see on the edited video, the BMW was driven at about one car length behind the Prius as the Prius was driving as fast as it could for ten laps around a track.  Then the supposed accurate measurement showed at the end of the race, that the Prius had consumed more fuel than the BMW.

Unfortunately there is the argument, every time the subject comes up of how rigged the whole thing is. They say that Clarkson is doing it for laughs, and you're an idiot to take it seriously.  But strangely, at the same time, Clarkson's fans believe what he is saying, even as they defend his unscientific tricks as just showmanship. So it is necessary to debunk Clarkson, even though everyone supposedly knows he is a comedian who will say anything to entertain his audience, and not a scientist.

Point one: You need to run both cars under the same conditions to make the test valid.  The BMW was given the one-way advantage of following the Prius.   Jeremy made no comment that I know of about the effect of drafting.  Following a car at about one car length, will allow you to put the BMW in quite a high gear, letting the engine basically loaf along, while the much smaller Prius engine is running at high RPM to generate the power needed to overcome wind resistance.  And please don't give me any of your "opinions" of whether drafting works or not in this situation, because a true and more believable test would have, at the very least, run both cars under the same conditions.  And there was an easy way to do that:  Let the Prius follow the same car around the track at the same distance and speed as the BMW.

Point two:  The experiment was set up to favour the BMW and put the Prius at a disadvantage.  The Prius gets good gas mileage mostly because it was designed to take advantage of public roads, where much fuel is wasted on braking for other cars, stopping for traffic lights, and slowing for speed limits.  The Prius battery and drive system are designed to recover wasted power in most of typical traffic situations, while the Prius is not designed like a typical car, which normally can run at maximum power and efficiency for long stretches.  This test pits a BMW with its conventional gas wasting powertrain against a Prius on a track with no speed limits, no stop signs and no slow traffic to let the Prius do what is was built to do.  Even so, the Prius could have easily beaten the BMW's fuel consumption if the driver had resorted to speeding up, slowing down, and stopping multiple times on each lap. (i.e. a real world driving simulation) I can only assume that the Prius driver either didn't think of doing that, or was deliberately trying to make the Prius waste as much gas a possible, all the while making it easy for the BMW to stick right to his tail.  If I had been driving the Prius, the BMW driver would have been a very frustrated person by the end of the last lap, and would have used maybe three times as much gas as the Prius.  (Unless he decided to pass and go in front, in which case, the BMW would win the speed part of the test,  probably by many minutes, but lose the gas mileage part by just as wide a margin.)

Point Three:  Jeremy's final statement about "it's not the car, it's how you drive it", is only partly true.  There is no way that I would be able to drive a Prius faster than a BMW M3 on a race track unless the BMW was driven by someone trying to lose.  And there is no way that I could drive a BMW to get better gas mileage than a Prius unless the Prius driver was trying to waste gas while simultaneously making easy for me to tailgate him.

According to the EPA, using a scientifically controlled, unbiased test, done at the same speeds, a 2016 Prius would take 2 gallons to go the same distance that the BMW M3 would go on 5 gallons (Using US gallons. that would be about 100 miles).

My own experience is that our 2016 Prius gets better gas mileage than my twin cylinder 500cc Yamaha scooter, and about the same as Mary Ann's single cylinder 400cc scooter. And all without any road rage incidents, driving it courteously.  (no tailgating or holding up traffic)