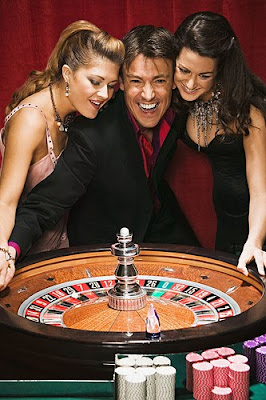 Pascal's Wager, I believe, is based on three principles, which to Pascal seemed logical, but I do not accept. They are

Pascal's Wager was just possibly a tongue in cheek comment. He was famous for using satire and ridicule in his writing. But on the other hand, he was a convert to Christianity, and was reputed to be quite an angry and morose person, so... probably he meant it.

Pascal was interested in gambling, and he invented a primitive roulette wheel. Got into a lot of arguments about whether a vacuum could exist. He opposed the "Rationalism" argued by Rene Descartes. i.e. "any view appealing to reason as a source of knowledge or justification". In politics, this rationalism has led to something between "internationalism" and "realism".

I am beginning to remember why I stayed away from Philosophy courses at University. All these philosophical offshoots seem to be a jumble of ideas that do not follow logically. For example, I might disagree with Pascal's conclusion about the belief in God, and I am more inclined to Rationalism instead. But I don't really see that Rationalism is the opposite of Pascal's Wager, in that Pascal was simply using rational thought about belief in God. In politics, Rationalism apparently leads us to two views, Internationalism, (that I believe in) and Political Realism (which to me seem like just another offshoot of Pascal's Wager).

Internationalism holds that all nations of the Earth are more or less equal and should cooperate rather than try to dominate each other, Political Realism holds that national interest should take precedence over ideology.

Pascal wrote about his wager in the 1600's, and his idea is even more important today as the philosophical underpinning of all spam, lotteries, all propaganda, all consumer marketing, the "invisible hand of the free market" and all of George W. Bush's decisions.

Let's take spam for an example of Pascal's wager, from the point of view of the sucker who falls for it. You receive an email, let's say it is promising you a larger something. First, your mind is focused on a simple choice, which is limited to a binary on/off decision: to have a small one or a large one. Second, you have no way of knowing the truth of any of this: Can this product help you or not? Do you actually have a small one or not? You do not know. And third, your self interest is to be happy, and you are being told that happiness depends on answering this email. Like Pascal's wager about God, you are told you have nothing to lose by answering (money back guarantee), and everything to gain. If everybody was rational, no spam would ever get any replies. But if some people make decisions in the framework of Pascal's Wager, some people will reply.

The converse of Pascal's wager would be something like this.

- There are grey areas in any choice, and other alternatives to the two being presented.
- Ultimate truth may not be possible, but seeking the truth is a moral obligation.
- Self interest should not take precedence over truth.

If everyone made decisions according to the converse of Pascal's Wager, not only would it mean and end to spam, but possibly an end to free enterprise and consumerism as well. But of course, it is one thing to talk about denying self interest, and quite something else to do it.

Picture: That's a modern roulette wheel. Mathematically, you would do better at a roulette wheel than with a lottery ticket. (although in both the odds are that you lose)
Copyright the Lost Motorcyclist