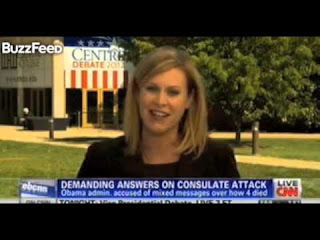 Last month, there was an attack on the American consulate in Benghazi, Libya that killed the US ambassador and several other people.  This attack is now becoming part of the Republican campaign to win the US presidential elections.  Because making a political football of this attack seems like a strange tactic, I decided to investigate.

It seems strange to me that this attack would become a campaign issue.  How is President Obama responsible for the death of the ambassador?  The attack took place in Libya, where President Obama has little capacity to guarantee the safety of anyone.  Of course, the Ambassador himself would have been guarded, and would try to stay safe, but security is a gamble in any war zone.  I will need to research the Republican arguments to find out why they think Obama is to blame for the attack, and why Obama deserves to lose the election because of it.

I read this web page, which is a right wingers point of view, I don't really have time to read all of them.  So I'll assume this is representative.  It is at Townhall.com, by Guy Benson, political editor.

The main thrust of this is that Ambassador Stevens has made repeated requests to the white house for more help, which were denied, leading to his death.

How are we to interpret this?  Well, for one thing there is no documentation at this point saying what the requests were, who they were made to.  Was he requesting a transfer out of the danger zone? A request for more money to hire local guards?  Was he requesting a US military presence in Libya?  Not likely, as the entire Libyan operation was being done without an overt US military invasion.

Here is the statement on this by Guy

"More security for US interests would have meant more US forces in Libya -- which could be perceived as escalating a new war of Obama's doing.  Couldn't have that politically, so we proceeded with an exceedingly "light footprint," to a lethal fault." - Guy Benson


I guess this brings us the the essential point - all bullshit aside.

The Republicans want US soldiers on the ground in Libya, and they think that will make everyone safer, including the US ambassador. The Democrats do not want the Libyans to think that the USA is invading their country.  That is the basic difference between the two political points of view.  One is to invade the foreign country, the other is to not invade, but to try to manage with diplomacy and intelligence gathering.

Which approach to foreign war is better? I believe this is a point where we separate right wingers from liberals in foreign policy.  My own opinion is that Obama has done a remarkably good job in foreign policy, even though he has the right wing extremists hampering his every move.  But then, I thought the war in Iraq was also a mistake, and we could actually live in a safer (and wealthier) world if it had never happened.  The only country to benefit dramatically from that Iraq war fiasco was Iran, a sworn enemy to Saddam Hussein.  Anyway, that's just my opinion, we'll never know.

Recently the momentum in the presidential election race has apparently been on the Republican side.  The best news for the Democrats recently was Joe Biden's vigorous defence in the Vice Presidential Debates (Laughing aside).  And one other bit of good news, a new hero emerging from the Democrats ranks, Stephanie Cutter.

Here is Stephanie Cutter being attacked by right wingers

Here is why Stephanie Cutter is being attacked: this video (below) where she accused the Republicans of making a campaign issue out of the attack in Benghazi.  Her accusation has resulted in a storm of protests from Republicans demanding her resignation.