What is a Marxist-Leninist Capitalist Tool? 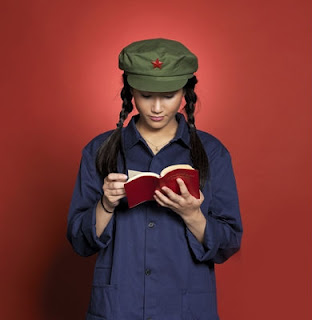 Another Forbes Magazine article by Mark Hendrickson titled "President Obama's Marxist-Leninist Economics: Fact And Fiction" takes a scholarly look at whether Obama's policies are truly Marxist-Leninist, or whether this is just name-calling.  However, despite the scholarly first paragraph it then soon loses the high road.

Mark Hendrickson's final paragraph in this article does a better job than I ever could of summarizing the entire article. Here it is in Mark's own words:

"In closing, I repeat that we should not recklessly call Obama a “Marxist-Leninist.” Although it’s too long and cumbersome a label for a generation addicted to sound bites and simplistic labels, a fair description of Obama and his economic goals is to say that he is “an interventionist, corporatist, statist, Big Government progressive, free-market-hating control freak who favors economic policies of a Marxist-Leninist flavor.”"


Whew. That was a mouthful. I had to look up some of the words in his "fair description of Obama".  "Corporatism".. is that a new swearword?  I had to check with Wikipedia, and honestly I don't see how the word could be applied to Obama any more than it could be applied to either the NRA or to Christian Fundamentalists, or even to corporations, actually.


And statist too? Wikipedia says

"statism (French: étatisme) is the belief that a government should control either economic or social policy, or both, to some degree.[1][2][3][4] Statism is effectively the opposite of anarchism."


So Obama is opposed to anarchy and favours some degree of state control of economic policy.  Is that all?

I was afraid I was missing something here, and so I went to Conservapedia to see if there was a different definition on Statism.  And I think I found one.

"A statist government treats its political sovereignty as a platform for moral sovereignty. In other words, as ultimate sovereign, the state is therefore not subject to God, the Bible, natural law, or any other religion or ethical system. A statist government need not be accountable to its own citizens.
The philosopher Georg Hegel described the state as "God walking on earth".[2] In other words, as the state is the ultimate power in life, it assumes the status of God and can do as it pleases. This line of thinking influenced the political thought of Karl Marx. "


So according to conservatives, a statist opposes God's rule. Now back to Wikipedia to define a theocracy (where God does rule):

"Theocracy is a form of government in which a deity is officially recognized as the civil Ruler and official policy is governed by officials regarded as divinely guided, or is pursuant to the doctrine of a particular religion or religious group.[1][2][3]
From the perspective of the theocratic government, "God himself is recognized as the head" of the state,[4]


The arguments against theocracy, taken directly from Conservapedia:


Sounds to me like high praise for Obama the Statist, from Conservapedia.  But then, wasn't it Conservapedia that defined Hitler as a Leftist, and then defined Leftists as opposed to military spending?

Mark Hendrickson first states that the standards for being called a Marxist Leninist are set impossibly high. But then he sets the bar impossibly low.