Will I Outgrow This Bike? 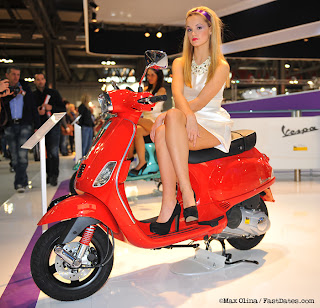 Here is a post that appeared in the Vulcan 900 forum last year, but it is timeless.
http://www.vulcanforums.com/forums/showthread.php?t=15345


By Crushr  Subject: Vulcan 900 for a semi- experienced rider?
Hello gentlemen/ladies,
I have been riding a sportsbike (600cc) for a few years and have decided to switch to cruisers for comfort. I have looked at Honda, Suzuki, Yamaha, Harley and Kawasaki. I just tried out a 2011 Vulcan 900 Classic SE, Vulcan 900 LT and a Harley Sports Bob for size. I found the Vulcan 900 the most comfortable for me by far, I'm only 5'07" 165lbs. It seemed like a really great bike and it was $5,000 less then the Harley. I know the Harley is a bigger bike, engine wise, but the Sportster seems small in comparison. The salesman told me I would outgrow the Vulcan 900 quickly and that I should go with the Vulcan 1700 instead, for $4k more.

As I have zero experience with a cruisers power, I ask you if I would really grow out of a 900 so quickly? Most of my commute is rural secondary roads with a few highways mixed in. Also, this is the last motorcycle my wife will allow me to purchase for years to come so I must choose wisely.

The line that I want to answer once and for all:  "The salesman told me I would outgrow the Vulcan 900 quickly and that I should go with the Vulcan 1700 instead, for $4k more."

First, you have to recognize this as marketing "B-U double hockey sticks" (Excuse the Mormon language).  From a scientific point of view, it is only true if you believe it to be true. The way it works is this: The salesman plants the idea in your head that (a) you will "outgrow this bike", which is semi-flattering you. (b) you will soon be so experienced that you will need a bigger bike.  Then in the absence of other ideas, these suggestions will gradually take over your mind and literally make you bored with your bike, and begin making you obsess over a bigger one.

I will admit, you can get bored on any bike.  But you can sustain an interest in any bike.  It's all in your head, and you should not let anyone, especially a motorcycle salesman, control what is in your head.  One other possible reaction would be to buy the bike you think is right, and prove that you will never get bored with it by keeping it for forever and riding it every day, rain or shine, and never buying another bike in your entire life.

I have never had a salesman try this mind trick on me, that I can recall.  I suppose it's possible that they did and I ignored it and then forgot about it because it is such a cliche. Whenever I hear about this sales technique, it always seems be somebody else who is now also worried about it.  I guess it only really bothers me when I hear people fall for this line, because it is one way to ruin that person's enjoyment of motorcycling.

It may be just luck that I never heard this comment while I was bike shopping, it also may have something to do with  the way I shop for a bike. I think a customer opens themselves up to manipulation by admitting that they are uncertain about which bike to buy.  You need to remember in all sales situations, that the salesperson (could be a woman too) is not really your friend, although they seem friendly enough.  They are supporting their family, feeding their children, by selling bikes, and the bigger it is, the better for them.  When I go in to buy a bike, I usually manage to keep the sales pitch (i.e the bull) as short as possible by asking pertinent questions.  And usually I have already decided which bike I want, and maybe the salesperson gets the message that they don't need to pull this trick on me.  Although admittedly, I have fallen for it many times in the past, in a non-motorcycling sale.  But when I am shopping for a bike I never ever ask the sales person if they think this bike is big enough for me.  Their opinion on that subject means nothing to me, and never has, even going back to my very first bike purchase. Come to think of it, nobody's opinion on this subject means anything to me.

To show how ridiculous it is to say you would get bored with this bike, answer this question.  Was Lawrence of Arabia bored riding his Brough Superior in the 1930's?  That bike was smaller and less powerful than the Vulcan 900. I don't think so. You could tell just by the way he he wrote about riding his bike.  Instead he was out there running at high speed on narrow roads, thrashing the motor up to almost 100 mph, even though that motor was much (MUCH!) more likely to blow up than the Vulcan 900 motor. And the brakes and suspension and frame, virtually everything about that bike was pure junk compared to a Vulcan 900.  But that Brough Superior today is still worth about a million dollars.  And given the fact that he died in a motorcycle crash, he obviously had better things to think about than "will I get bored/outgrow this bike?".

So, what is the first answer that Crushr gets to his request on the Vulcan Forum?  "Go with the 1700".

Picture: from the web page http://www.fastdates.com/PitBoardFeatures/EICMA2012/EICMA2012.htm

In this picture, I can just tell the young lady is bored with this scooter already, obviously she should have started with the Vespa 900 instead.