Even More Stuff You Can't Say in Canada


While Googling "Seven things that you can't say in Canada" I stumbled across this one by Joel Johannesen.

He lists the seven by Margaret Wente, then adds 16 of his own.  If you didn't know Joel already, you might be forgiven for thinking he was American, as the banner at the top of the blog is an American flag, and the title "Bold Colors" is spelled in the American way.  But he has another blog with the Canadian maple leaf, called "PTBC" or "Proud to be Canadian".  I was wondering if that really should read "PTBAPTBC" or "proud to be American pretending to be Canadian", just because the 16 things Joel says make him sound like he is American.

I am not trying to bash Americans here, but as a Canadian, I do feel that there are some slight differences between Canadians and Americans.  Subtle differences in speech patterns, in some political beliefs, in the sense of humour.  Slight differences, enough to be of interest to Canadians, at least. So I was wondering if I could analyse one of these statements to figure out if Joel was really an American who (possibly) had recently moved to Canada, or a born Canadian who had moved to Alabama when he was three but still claims Canadian status. Or just a American born again Christian with a fake Canadian identity in order to better push a right wing agenda.

According to one of Joel's websites, http://joeljohannesen.com/about-joel-johannesen/ in 1978 he was working for the Trudeau Liberals, and shows a picture, presumably of him wearing a moustache standing almost next to Pierre Trudeau.  Joel does not actually say where he was born, but he claims to currently reside near Vancouver B.C. So if that's true, his liberal beliefs have undergone a fairly major change. It can happen. I know someone who worked for the NDP in the seventies and now has many of the same beliefs as Joel - but not all - and more importantly, my friend does not vote Conservative, and did not become a Born Again Christian (yet).  Also, I have a sister who became a Born Again Christian and holds most of the same beliefs as Joel, but even she would not say hockey sucks.  And neither would any Canadian who knows when Henderson scored that goal.  So Joel's case of brainwashing is extreme, if he has actually lived all or most of his life in Canada.

Let me take one thing Joel says, and see if it can be analysed to discover whether he is Canadian or not Canadian .  He says:

“Whereas Canada is founded upon the principles that recognize the supremacy of God” is the first line in our Constitution. 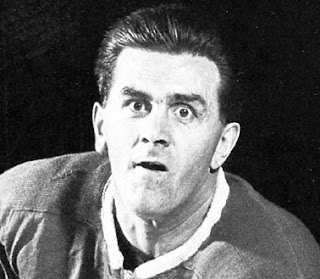 Does this sound like something a Canadian would ever say?  Frankly I had no idea that this was the first line of the constitution, in fact I was not really sure Canada had a constitution, even though I went to a Canadian high school and was a history teacher. But as a Canadian, I would be willing to at least look it  up on Wikipedia.  First, the Canadian constitution was not yet written when I went to high school, and not even when I was teaching history. Also, that is not really the first line of the constitution, unless "and the rule of law" doesn't count.  I'm glad the writers of our constitution (whoever they may be) saw fit to include "the rule of law".  And that later on, these people also included a bit about Canadians being free to have any God they want. Also, the reason that we include the words  "recognize the supremacy of God" is  because of a campaign by American-backed Evangelicals when the Canadian constitution was written.  Canadians are the sort of people who make compromises and let everybody put in their own ideas, as long as it doesn't hurt anybody else. Also, as of 2013, not all the provinces of Canada have ratified the Constitution, which also apparently doesn't bother Canadians too much.

But Joel's statement is not something I would ever expect to hear out of the mouth of a Canadian. It implies that Canadians have a near-religious respect for our constitution.  That is one a major difference between Canadians and Americans. Americans have a constitution which they worship, and is drummed into them in school. Canadians do not do that.  Secondly, Joel's statement is not even correct, as he cut off the last part of the sentence, which is the only part that all Canadians would actually agree on - I mean recognizing the supremacy of rule of law.  As Pierre Trudeau said "I don't think God cares if He is in the Canadian constitution."  And if that's how God feels, I'm with Him.

Picture:  I propose a simple test to separate Canadians from Americans.  Answer the question "who is in this picture?"
A. Mike Duffy, senator from Prince Edward Island
B. Svend Robinson, Canada's first openly gap Member of Parliament
C. Maurice Richard, hockey player
D. The "God" mentioned in the first line of Canada's constitution.
E. The correct answer is C and D

(Correction that should read "gay")
Copyright the Lost Motorcyclist