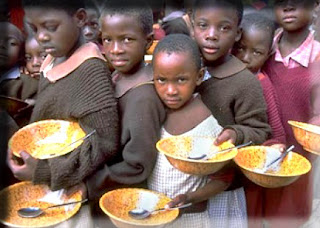 Justin Trudeau, new leader of the Liberal Party of Canada has gotten into more trouble with the Conservatives.

Many months ago, Justin Trudeau was paid $20,000 by the Grace Foundation to be a speaker at a fundraiser.  Later on, a letter was sent from someone at the Grace Foundation to ask for the money back. It was not returned, and about a week ago,  the letter to Trudeau was made public by the Prime Minister's Office.
http://www.theglobeandmail.com/news/politics/charity-makes-statement-regarding-justin-trudeau-public-speaking-fee-dispute/article12735221/

The view from a seemingly Liberal slanted website:
http://thecanadianpoliticalscene.blogspot.ca/2013/06/grace-foundation-never-authorized.html

Is the scandal here that Trudeau charged an outlandish amount of money, considering that it was a charity, after all?

Or is it more of a scandal that The Grace Foundation engaged somebody at a mutually agreed amount, then demanded the money be returned, because they are a charity.

Or is the biggest scandal that the Grace Foundation asked an individual for donations, then upon receiving no response, attempted to shame them by publicizing their name?

Incidentally, not all charities are the same, as I have found out over the course of my life.  Some charities really do good work for the most unfortunate people, other totally legitimate, but more self-serving charities are only to fund local projects in wealthy neighbourhoods.

The Grace Foundation is legally a charitable organization, but I consider it more an unpaid auxiliary to the "Church of St. John and St. Stephen Home". Before I start feeling sorry for the residents of that Seniors home, I would like to know what fees they are charged, and who is allowed into that home, and why they are admitted.  Most of the better seniors homes (like this one) are not charitable institutions, and I would guess that many of the Grace Foundation board members volunteer mainly as a way to get priority admittance for their aged parents when the time comes.

I would consider a "real" charity to be something like "Doctors Without Borders", or a soup kitchen.  An example here in Kitchener is "The Working Centre", that helps unemployed people get jobs.

It's not such a bad thing to give money to a real charity, although some people get awfully worked up about giving money to poor people.  But I prefer to at least be given a choice in my charitable donations, and be allowed to do it privately.  I would not appreciate being publicly humiliated by any charity that I decline to donate money to.

The chairman of the board of the Grace Foundation has said he regrets that this issue has been made public, that he did not agree to it, and does not know why the letter was made public without official knowledge of the board.  That is a reasonable response.

Unfortunately, Justin changed his mind later and offered to give back the money to the Grace Foundation. I think that's a bad mistake, but I'm sure he can recover from headlines like the (conservative) London Free Press "Trudeau Flip Flops on Charity".

What the Grace Foundation should do now is ask for a matching donation from the Conservatives.  And ask any overtly conservative board members for a refund of any  expense money they paid them, such as mailing expenses. If the conservatives have millions of dollars to waste on negative TV ad campaigns, surely they could afford to donate a little to charity, especially when donating to charity becomes such a well publicized event.