Another Kick at the Horsepower Can 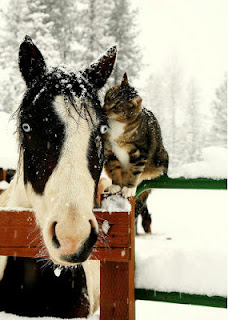 One of the most popular internet motorcycle blogs "The Kneeslider" recently attempted to answer the eternal question "Horsepower or torque?"

At the conclusion, it was stated:

"Both terms are important but they represent different things. Torque measures a force being applied while horsepower is a measure of how much work the force can do."

Now, apparently I will have to explain it again and I obviously must do a better job this time. I need to prove the point in a nice simple way, once and for all, that torque is not a good indicator of engine performance, but horsepower is.

The problem, restated, is that torque measured at the crank in the engine is not meaningful, because it can easily be multiplied, or divided by the gear box, or a chain or belt drive with sprockets, or any place the shaft speed changes before it arrives at the rear wheels.  You can increase or decrease torque infinitely, simply by changing the gear ratios or sprocket sizes.

It is true that horsepower, too, is always measured at the crank.  However, that's OK, because you cannot multiply or divide horsepower with gears.  Horsepower stays constant no matter the gear ratio. (allowing for minor friction losses)

Only comparisons at the rear wheel are meaningful in real world performance.  Measurements inside the engine are of academic interest only.  In spite of the gear ratios, crank horsepower is a fairly good indicator of rear wheel horsepower, while crank torque all by itself is not a good indicator of rear wheel torque, unless both vehicles are forced to run at the same number of revolutions per minute, and have the same gearing.

Now for some math, real easy this time

So looking at the numbers, you might call foul.  Why does the high horsepower vehicle get to have a 4:1 drive ratio, while the high torque vehicle has a final drive of only 2:1?  That's because the high horsepower vehicle generally has a high speed engine, and it can (in this case) run at twice the speed of the high torque/low horsepower engine.  That allows you to run a higher overall gear ratio.  And that is how gear ratios are decided on in the first place.

So the secret of high torque, but low horsepower engines, is that if you do not measure speed, then high torque sounds good.  But when you do measure speed of these types of engines, you invariably find that they have a low rev-limit.  i.e. they are slow, and cannot be driven with  higher gear ratios.

The kneeslider article had a lot of comments, and one of them was in the form of a video.  The video showed a drag race between a 70 hp Harley chopper, and a 170 hp sport bike. The chopper won easily, supposedly proving that torque was more important than horsepower in a race.

As I watched the drag race between the chopper and the sport bike, I was struck by how the cards seemed to be stacked against the sport bike.

-The race was extremely short, just down a back alley.  In a short race, reaction time is almost as important as horsepower.  And it's quite obvious in the video that the chopper gets the initial start a few lengths ahead of the sport bike.

-A sport bike rider has to be fairly delicate about launching quickly off the line.  Sports bikes are high and short, and with enough power to lift the front tire, or even flip completely over backwards.  Sports bikes are not made for standing start drag races.  The chopper actually looks more like a drag bike, with a long wheelbase and low seat.  You would not have to worry as much about wheelies off the line.

-There are important unknowns, for example the type of tires being used, and the experience/skill of the riders.

-An engine like the Harley V-Twin has a large flywheel.  You can store extra energy in the motor by revving the engine up before the start, then dumping the clutch.  With a sticky rear tire, heavy flywheel, and a long, low bike, it is almost like getting a running start at the line.

In other words, the video has too many random variables other than the horsepower/torque numbers of the engines.

In any kind of actual race, you want horsepower, and you don't need to be concerned if your torque numbers are not the highest.  If you are just driving slowly, and you will rarely run your engine at high rpm, then buy a slow engine and don't worry about power.  You can probably also not worry about the torque either, unless you literally cannot get up the hills or keep up to the speed limit.

Here is an explanation that is about as close to reality as any I have seen.
http://www.automedia.com/Torque_Rules_Horsepower_is_King/pht20040601hp/1