Are Cost of Living Subsidies for Northern Canada Too Expensive? 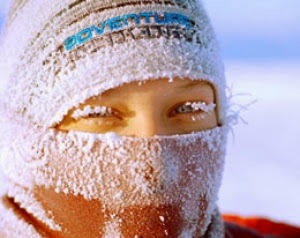 Do Canadian First Nations people in the north of Canada really have too high a cost of living?  Do we need to keep subsidizing them? I want to help answer this question.  Here is a comment to start us off.

You have to wonder whether it would help, just a bit, if they moved to a part of Canada where it didn't cost ridiculous amounts of money to ship things to them.
When it costs $20 for a jug of milk, you know you're not going to have the standard of living that we enjoy in most of Canada.﻿

(I cannot continue without addressing the Freudian slip calling the southern part of Canada "most of Canada".  It's not most of Canada.  Now I can go on.)

In answer not only to Mike Zwarich, but to everyone I know who is at a loss about why Indians and Eskimos (or First Nations people) continue to live in that part of Canada where milk is expensive, it is not because Canadians are a stupid people.  The answer is partly in the subject of  sovereignty. I may have to explain "sovereignty" later, in the meantime you could Google it if you didn't learn it in high school history.
Now, here is a quote from a government of Canada website about our sovereignty.

With 40% of our landmass in the territories, 162,000 kilometres of Arctic coastline and 25% of the global Arctic – Canada is undeniably an Arctic nation. The Government is firmly exercising our sovereignty over our Arctic lands and waters – sovereignty that is long-standing, well-established and based on historic title, international law and the presence of Inuit and other Aboriginal peoples for thousands of years.
At the same time, international interest in the Arctic region is growing, in part as a result of possibilities for resource development, climate change and new or longer access to transportation routes. Canada is demonstrating effective stewardship and leadership internationally, to promote a stable, rules-based Arctic region where the rights of sovereign states are respected in accordance with international law and diplomacy.

I think there are two problems some Canadians have in understanding the north of Canada.  First is, most Canadians do not live there, have never even visited there, never would want to visit there even if it was an all expenses paid trip.  Most Canadians are huddled close to the US border, and spend more time wishing they could get into the US than wondering about what goes on in 90% of Canada's land territory.  Second, never take "sovereignty" for granted, no matter how uninhabitable the land is, somebody always wants it.  See how Canada is already fighting Denmark over possession of some island nobody even knew existed?  We have fought most wars over sovereignty, believe it or not.

Yes, Canada is the second largest country in the world.  Most Canadians are aware of that fact, although they do not really understand it.  We often call the 49th parallel the border between Canada and the USA, and yet most Canadian cities are on the American (or southern) side of that imaginary line called the 49th parallel.  Feel free to look that one up on a map.  I will concede Winnipeg, Regina, Saskatoon, Calgary, Edmonton and Vancouver are north.  Victoria BC is south of the line, so is Toronto, Montreal, Fredericton NB, Halifax NS,  St. John's NL, and Punkeydoodles Crns., ON.  And (I'm guessing) 80% of the population of the country, along with 3 entire provinces.

Canadians think they understand that Canada is really big, yet they do not understand how much of it they have not seen, how much is almost a wilderness.  That is a problem, when you remember that most Canadians do not really understand why Canada, with a population of only 35 million (now, it used to be less) has sovereignty over this huge land mass, larger than the entire United States of America.

One way to exercise sovereignty is to buy military equipment and train a large army, navy and air force. Canada with only 35 million people, does not actually have the economic ability to do that, and still maintain a high standard of living for it's masses huddled along the border. Russia can hold its territory with a population of 144 million and 17 million square km. (8.4 people/sq km) Canada's 35 million people claim 10 million sq. km. (3.5 people/sq km).  For the Russians, claiming all that territory involved shipping millions of prisoners in chains to Siberia, raising a huge army and keeping everyone's standard of living quite low.  Canada has had a relatively easy time of it, for various reasons that I don't really know right now, but I'm sure it'll come to me.  But part of our equation would have to be our hospitals, schools, airports, harbours, the extensive maps, and the Canadians who live in the far north, and most of them are still First Nations people.

In the end, it is much cheaper and more effective to claim land by treating the First Nations people as part of Canada than to bring them south to live in squalor in Saskatoon and spending a hundred times as much money on new jet fighters.  A ten dollar litre of milk doesn't seem so expensive now, does it?