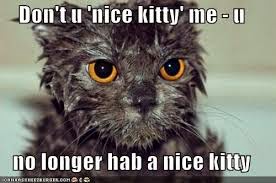 Last night I persuaded Mary Ann to go and see the new movie "Noah" at the cineplex.  I was intrigued by this movie, as it is a bible story, yet I see in the news that Fundamentalists hate it.  Apparently because it is historically inaccurate.  I think that Atheists may have the same objection.

Anyway, it stars Russell Crowe (Noah) who is not my favourite actor, but I don't hate him either. As Noah's  wife, Jennifer Connolly, who I like because she starred in Blood Diamond, but also don't like because she seems to be starving herself to death.

I hope this does not spoil anything, but this version of Noah solves some of the age old questions, like what did they do with all the animal poop, how did they feed all those animals for so long, and how did they stop the animals from killing each other?  I will reveal the secret here:  They put them to sleep (like hibernation) with some kind of burning plant smoke that does not affect humans.  Wasn't that easy?  The Holy Bible should have hired a few more Hollywood writers and it might have come off as more believable.

Now back to the movie.  The director had a radically different interpretation of the Noah story from the one most Christians cling to.  The normal Christian interpretation is that God is an angry God who is easily annoyed, and punishes mankind quite horribly when he is in a bad mood.  And sometimes even if He's in a good mood!  So bottom line: better worship God as hard as you can, as often as you can.

The writer and director of this movie was Darren Oronofsky.  His view is that a Creator made a nice planet, but one of his specially created species is greedy and cruel, and causing a bit of a problem by wiping out every other form of life.  I don't think I'm giving anything away by revealing that the problem species is Humans.  And so "The Creator" can only solve the problem by wiping out most of life on Earth with a flood, and starting over, either with Noah's family, or without humans altogether.

Oronofsky's vision is not too far off the vision of many environmentalists.  The environmentalist view is that humans are just one species of a complex ecosystem, and should learn to live within that ecosystem without destroying it.  On the other hand, the Fundamentalists seem to believe a man-shaped God created Man in his image, and that the entire rest of the universe was only created by God for a backdrop to Man.  In other words, they believe that a universe without "Man" makes no sense whatsoever.

Would you want to see this movie? Probably not, if you only want to see the cute animals  like giraffes and zebras and gorillas marching two by two up the gangplank.  You will see that, but you will also see a lot of killing, and just plain nastiness.  Also you will see just about everything that you normally find in an epic action movie starring Russell Crowe: monsters, battles, a lot of screaming and crying, man-to-man wrestling and swordplay.  But most of all, if you are a Biblical literalist, you will find a lot of offensive stuff on a philosophical level and on a "factual" level. (especially the constant reference to "the Creator" instead of "God".)  It's also not tremendously appealing to environmentalists, if Mary Ann is a representative sample.  Of course, her main objection was that everybody seemed to leave their empty popcorn and drink containers in the theatre instead of taking them out to the garbage.  "Is this the new culture?" she said disparagingly at the end. So apparently not a lot of environmentalist saw this movie, but it does have a powerful attraction for litterbugs.