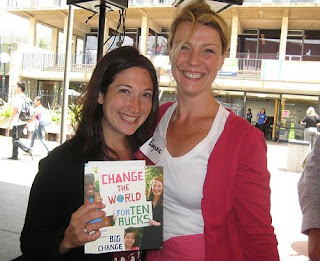 By The Lost Motorcyclist, April, 2011

I am trying to make sense of an awful video advertisement produced by an environmental group called 10:10, which was trying to get people to reduce their carbon footprint through video public service announcements (or ads). So here I have written my own opinion on the post mortem of that train wreck.

One of the trends in advertising today is viral videos. Instead of running your ads on TV, at huge cost, you can leverage them by putting them on Youtube, and hope they become "viral", meaning millions of people forward links to their friends. Ultimately, popular viral videos even make it onto the regular TV news programs. This gives them high impact and advertising for little cost. Unfortunately, in order to go "Viral", your ad must have a big enough impact on a viewer to make them want to tell their friends about it. So your ad needs to be extra edgy, with content shocking beyond what you can see on network TV. And there may even be slight temptation to not seek everyone's approval of the ad before posting it, for fear of losing that edge. But there is a possibility of a backfire, which can destroy your campaign, with no hope of ever pulling the viral video back out of circulation. Because a viral video, if it takes off, can be like an uncontrolled nuclear reaction.

This is a story of a young, inexperienced, environmental PR group, directed by Eugenie Harvey, trying to run an ad campaign with a shocking video advertisement. They obviously were looking for a certain Monty Pythonesque humour, and they did achieve that, but it was completely at odds with the goals of the campaign.

Ten-ten realized very quickly that the ad was a mistake. They lost some important sponsors over the release. Because they were an environmental group, they also damaged the credibility of other the people working for the environment. In the end,  Fox News caught up to the ad and broadcast it to America. The propaganda value from something like this is so valuable to the anti-environmentalists, that Fox News risked going over the bounds of good taste to make sure everyone saw it. And of course, Fox would need to mention that everyone in the environmental movement is really like this underneath their fake exterior disguise. (in case you didn't know, Fox News is anti-environmentalist)

The Fox news bit starts with the typical call to "Outrage!" and shows the clip, with appropriate conservative anti-global warming commentary.

http://www.youtube.com/watch?v=jqTd0g48ZY4 (there is a graphic violence warning)

Full original ad here. (contrary to Fox's statement, they probably did show the worst of it.)

Here is an article about 10-10, the group that launched the ad. It is a British environmental group I never heard of before this Fox News video, which appeared on October 10 last year.

This "humour" may pass as funny to the younger generation in Britain, I suppose. But, humour does not travel well. I have had discussions with some of my kids (even while adults) about "too much violence on TV" and they think I'm an old fuddy duddy.

Given the huge negative impact of ads like this, I am a little bit tempted to think it was a set-up by a covert anti-global warming operative. But the only suspicious background I could dig up was that Eugenie Harvey, the director of 10:10, had earlier worked for FoxTel (Owned by Rupert Murdoch, owner of Fox News Channel).

My own final verdict is it was probably a genuine attempt at making a pro-environment video go viral, but that backfired big time.

Picture: Randi Zuckerberg (of Facebook) and Eugenie Harvey (of 10:10), ironically discussing ways of leveraging small non-profit advertising impact back in June 2009. On this blog:
http://www.chroniclebooks.com/blog/2009/06/22/all-for-good-arianna-huffington-randi-zuckerberg-and-eugenie-harvey/
Copyright the Lost Motorcyclist