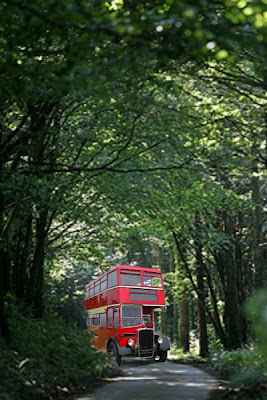 Over the last 40 years I have read a lot of motorcycle books, but there is one particular type of book that, for me at least, defines the true spirit of motorcycling. These book(s) are the British books from the twenties to the fifties. In less than 200 pages, they attempt to tell you everything you ever would need to know about motorcycling. They are filled with so much motorcycling trivia, mostly applicable to the '30's in Britain, that it is almost like being there.

The first time I read one of these books I was actually in a library in England, where I was on vacation. My own motorcycle was back home, and a book caught my eye. I no longer remember the title, but I do have a copy of a similar book called "Two Stroke Motorcycles and How to Get the Best of Them". My copy is the American Edition published by Clymer in 1967. The original was from 1920 by Iliffe and Sons of London. Lucky for me, Clymer didn't do anything to adapt it to the American market. To quote from page 86 "On foreign machines, the gear pedal is sometimes on the left". Clymer didn't even bother to change the spelling of "tyre".

This book was written for know-nothing newbies in Britain between the wars. As the foreword by Harry Lois, the editor of "Motor Cycle" says, "Primarily this book is for owners who know little about the technicalities of the machines they ride and would like to know more." And even though the book is only 134 pages, with many pictures, we still get in pretty deep, with comments like "Alternatively, you can cut out another [cylinder base gasket] for yourself-the cover of "Motor Cycle" is quite good material for this purpose." and "you haven't forgotten, of course that the piston has to be the right way round, so check that the mark you made in dismantling is at the front."

Motorcycle noobs in Britain in 1920-1940 were expected to know a heck of a lot more than newbies in Canada today. Now, motorcycle riders are not expected to know anything but how to add fuel and read warning labels. And even with that, you might be better going back to the dealer to have it done for you. As I said in an earlier blog, a BMW rider I met could only guess at how many cylinders his bike had. To be fair he did guess right, it was 4.

This particular book is not the only one, I know of one other called "Motorcycles and how to Manage Them" also published by Iliffe & Sons. But it is older, from 1903. Unfortunately I do not have a copy, but I found it on this web page.

Anyhow, what I like about these books is the level headed, unemotional, practical approach to motorcycling. It is taken as a basic fact that motorcycling is nothing more or less than a mode of transportation, where you are responsible to ensure that the machine continues to run. You are expected to drive safely, obeying the rules, and keep riding come rain, cold or (very likely) fog. You are not expected to be rich, or have any other form of transportation at your disposal. The authors never discuss assless chaps, motorcycle gangs, tattoos, or even engines with more than two cylinders or 50 horsepower.

As it says in the book "when faced with a steep hill, the novice usually makes the mistake of changing down too late". Of course they are referring to changing gears. Most Canadian or American beginners start out on bikes that are faster than Grand Prix bikes of the thirties, and they would be puzzled about why someone would want to change down a gear just for going up a hill. If these new riders were actually forced to so much as twist the throttle a bit to go up a hill, "Screw this, man, I need a bike with more torque", and would rush to the dealer for a new, and bigger bike.

Another bit I like is the page on hand signals. Clymer should at least warn us that one signal in particular could be confusing: putting out your left arm, with the elbow bent up 90 degrees, does NOT mean "I want to go straight" in the USA or Canada . Here it means "I want to turn right"!

Some of the other warnings are strange too, if you don't know about English roads. For example "In a country lane there are little knots of people at intervals on the opposite side of the road; more than likely you will soon meet an oncoming bus." I can hear an American or Canadian saying "who gives a crap, I have a motorcycle, why do I need know how to catch a bus?" Well you misunderstood. You will meet the oncoming bus head on, in the middle of the bus's front bumper, because an English country lane is about the same width as the bus. And there is no shoulder of the road as we know it.

Picture: I photoshopped a bus onto an English country lane for illustrative purposes. The A-roads were not much wider in some places, like Devon and Cornwall, at least when I was there in 1988.
Copyright the Lost Motorcyclist