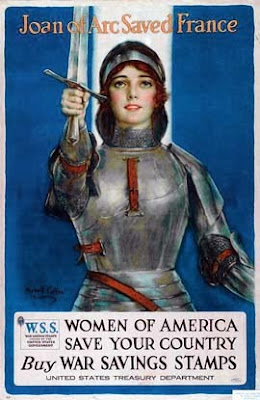 It seems that in the last few years, many Americans cannot get enough of this joke: "List all the French military victories? Answer: There are None!" (or some variation of that.) This seems to have gotten started when the French refused to join Bush's war against Iraq.

It goes to show what a lack formal education in world history at the high school level can do for the USA. Even university level world history in America is very one sided, if their view of Canadian history is any example.

This topic comes up a often in wartime in Canada, because our country is officially both French and English. Being an ex-history teacher, and half English and French myself, I feel that I can answer the question at least as well as most Americans.

732 A.D.: Tours, the French hold off the Muslim invasion of Europe

If the French had not won that one, we all might be speaking Muslim today and this entire discussion would end here.

1066: French soldiers under William (the conqueror) invaded and conquered England. If Americans are not aware of this date, they should ask an English person for confirmation.

1214 Battle of Bouvines Phillip II of France defeated King John or England, indirectly forcing the weakened King John to sign the Magna Carta in 1215 to retain the loyalty of England. The Magana Carta is the basis for rule of law and taxation under a parliamentary system.

1427 Joan of Arc leads French armies in a series of military victories to save France.

1690 Battle of Quebec. This is the first major face off between the Americans and the French in the colonies. William Phips, Governor of the British Colony of Massachusetts, led an invasion against the Colony of New France (today Quebec). The French colonists won, despite the greater population of the American colonies.

1781 Two battles in one offensive: The Battle of Yorktown (American/French land siege) and the Battle of the Chesapeake (French naval victory) These two battles, one on land an one at sea set the stage for the British surrender in the American War of Independence, leading to the formation of the United States of America. Many Americans have decided that the French were of little or no help in these battles. Most of the casualties were in the Battle of the Chesapeake, and all of those casualties were French. Originally only one gravestone was put up to honour the French dead, but much later, at the request of the French government, headstones were set up to represent all the fallen French soldiers.

France under Napoleon had a series of military victories in Europe. At the peak of their empire, they controlled more of Europe than Nazi Germany did in WW2, and similar to the Nazis, the French were defeated when they tried to conquer Russia in 1812. After the losses on the Russian front, a weakened French army was finally defeated.

French Victories during the Napoleonic wars:

1796 Battle of Lodi drove the Austrians from Italy

1805 Battle of Austerlitz, defeated a coalition of Russia and Austria


Now just for some balance, lets look at the historical French Defeats, as told by an American humour website.

Basically, as most of the arguments go, any French victory was either led by a foreigner, or a woman, or was too long ago, or they won a battle but lost the war, or had help from somebody else, and therefore doesn't count. Therefore, the French are cowards. Just a reminder, it is battles, not wars that are usually won or lost on bravery or fighting skill. The winning of wars also depends on depth of resources and strength of the economy, and geographic issues.

One of the most famous French defeats was the Battle of Waterloo in 1815. The U.K. and their allies (most of what is Germany today) vs. France.

Even worse was France defeated by Nazi Germany in 1940. At the end of this battle, France was fighting alone against Nazi Germany. Their allies Belgium and Holland had surrendered. The Soviet Union had signed a peace deal with Hitler. The British had evacuated their troops back to England. America was neutral, or helping any side that could pay for it. Italy joined in on the side of the Germans following the British withdrawal. At the end of the war, Americans found out that it was tougher than they thought to beat the Germans. Most of the heavy work was actually done by the Soviet Union in forcing Germany to surrender.

By comparison to the defeat of France, the Russians did not surrender when the German Army invaded. However, in stopping the Germans, the Soviets lost 800,000 soldiers who were killed and another 3,000,000 injured. The Russians also had the advantage of a large territory to retreat into, and a long hard winter to slow down the Nazis. The French had no such geographical advantage.

A major recent French defeat was in Vietnam. The French asked the US for assistance, but instead the US decided they could do better and went at it alone after the French withdrew. Most people agree today that the US did not do any better than France in the Vietnam war.

Here, from an American writing on a Chinese website (I'm guessing, see for yourself on the link), is a quote

"But there are two things I hate more than I hate the French: ignorant fake war buffs and people who are ungrateful. And when an American mouths off about French military history, he's not just being ignorant, he's being ungrateful."