The Subliminal Message of "Rules of Engagement" (2000) 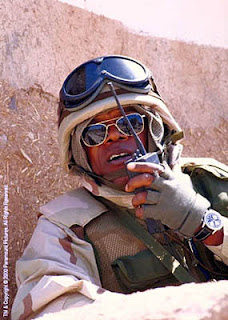 Last night, "Rules of Engagement" was on TV, starring Tommy Lee Jones and Samuel L. Jackson. It is a fictional movie made in 2000. But in light of what has actually happened since 9/11, I would like to consider how realistic this movie was, and whether it contained a lot of subliminal propaganda.

This opinion piece is not a movie review, and contains a lot of spoilers, so if you have not seen it, and want that special experience, stop here.

The subliminal message of this film is that being in combat in the US military makes you a decent human being, with courage and morals. The other side of the story, which I am going to state here for the record, is that often, soldiers in combat develop violent tendencies that result in killing people back home (one example Timothy McVeigh).

This movie is a lot harder on anyone who is not a combat veteran, especially the politicians (Administration and ambassador), hard also on people who have not seen heavy combat, and pretty hard on Arabs. These Arabs are from Yemen, but in this movie, we have no reason to assume Yemenis are any different from other Arabs. All these other people, who are not the US warriors, come off as cowardly, lying, vindictive, ignorant and ungrateful wretches.

So, just to start, I would have to say that this is definitely propaganda against certain groups or races. The Democrats were in power in 2000, so I'm not sure if the Republicans are excused from the bad behaviour. Never did the film mention Democrats or liberals by name.

The two most despicable people in the film are the Ambassador to Yemen (Ben Kingsley) and the National Security Advisor. Ben Kingsley calls in the marines because a protest outside the gates of the US embassy in Yemen is getting out of hand. So the marines arrive in two transport helicopters, land under what I would call heavy fire, and the Colonel (Samuel L. Jackson) finds the ambassador cowering under a desk. The Colonel asks the cowardly ambassador if he wishes to evacuate, and Ben angrily and says yes, of course, he called hours ago, why did you take so long? etc. etc. The colonel calmly and coolly takes the Ambassador, his wife and 4 year old son to the helicopter. The colonel even carries the poor little scared boy. Remember, there is heavy gunfire all around. Then he goes back to the embassy and under heavy fire takes down the US flag, and gives it to the impatient ambassador before he takes off for safety. The Ambassador's parting words were a grateful "I'll never forget this." (to become more significant later in the movie).

Meanwhile, the battle rages with the marines left behind. Snipers on the rooftops kill three marines, and wound some others. Coming from the mob on the streets is gunfire, and when I looked at it it seemed like every person was firing a gun of some sort, including at least one woman, and including a little ten year old girl. They were also throwing rocks (no big deal of course), Molotov cocktails to cause fires, and had a battering ram which was being used to break down the gates. That was just on the streets. Meanwhile snipers on other rooftops were picking off the Marines. And I should mention that these snipers were often in the company of women and children, to provide cover.

I need to make an aside here, for the sake of considering reality. This type of all-out assault on the embassy of some other country does not usually happen. The exception I can think of is Iran back in the seventies. So that may be the inspiration for this incident. But that was a case where the entire country was in an armed insurrection, unlike the relatively peaceful Yemen portrayed here. It's hard to believe that such a huge all out attack on the embassy could have been mounted without any warning, and without any intervention by the police or military. If the Yemeni military had intervened on one side or the other, the US marines would either not have been needed, or they actually have been in a lot of trouble.

Getting back to the marines who were in a very bad situation. The Yemeni authorities (police or army) were nowhere to be seen. Although it was never mentioned in the film, obviously the marines had no tear gas or any other riot control weaponry (like rubber bullets). They had no escape route, as the helicopters had gone, but this was not stated clearly either in the movie. For sure one helicopter had left, so at least half the men would be left behind even if the other helicopter was still there.

So the s**t hits the f*n, and the colonel says "open fire". The second-in-command reminds him, hey there are women and children in among these people. The colonel repeats. "Waste the Moth*r *uc*ers", and all the marines start to fire on the crowd, killing about 80 people and wounding maybe a hundred more. Given the situation that I saw in this film, I might be tempted to call this a justified massacre. But I am no military expert of course. Apparently, there is something called "Rules of Engagement" where you are supposed to warn the crowd first, then fire over their heads, then fire only on the ones who are shooting at you. Colonel Samuel L. Jackson apparently considered none of these things. And I'm not sure they were really necessary. The situation, as I saw it, was pretty much full on warfare before the Marines opened fire.

The next part of the movie is a court martial for Colonel Jackson. The White House National Security Advisor (I guess this was supposed to be the Clinton era) decided that Jackson needed to be found guilty of murder, go to jail, and this would somehow make the USA look good in the eyes of the rest of the world. So he ordered the court martial and then destroyed the video tape from the embassy's security cameras. It turned out this tape was vital, because by an improbable series of events, all other evidence of mob violence had been lost,  cleaned up by the Yemeni police. None of the people in the embassy will tell the truth about the mob, because it would reflect badly on the ambassador for not calling the marines earlier. None of the other Marines (besides the Colonel) saw anyone in the street with a gun - and honestly this is the part I found most unbelievable.

The lying, perjury, and destruction of evidence make the court martial a mockery. In some cases, I wonder how it is even possibly to get away with this amount of lying. Surely a bit of serious cross examination would expose a few of the stupidest lies told, especially the ambassador's story. The Ambassador's story is that the mob was peaceful (!), that he refused to leave his post (!!), and that Colonel Jackson had "roughed him up" and forced him into a helicopter (!!!). Apparently not one witness could be found to discredit the Ambassador, although the ambassador's wife was contacted by the defence, and she simply stated that she would also tell lies to put the Colonel (who saved them, remember?) in jail for murder. Hard to believe that these lying, ungrateful civilians could be so evil. But that's how they were portrayed in the movie.

In the trial, it turned out that the missing video tape was documented as having been delivered to the State Department. The defence lawyer used this evidence to prove that the State Department "lost" the video. This way, they got the Colonel off all the more serious charges, and he was only charged with "Disturbing the Peace", which I guess means he woke up some people during the riot. I found it a little disturbing that in the closing comments, the defence lawyer (Tommy Lee Jones) argued that since the jury was all Marines, that they were honour bound to stand by their brother and find him innocent, comparing it to their code of honour that no marine will be left behind. That was a bit surreal.  And illegal.