A Visit to Ilderton, Ontario and my Country Music Theory 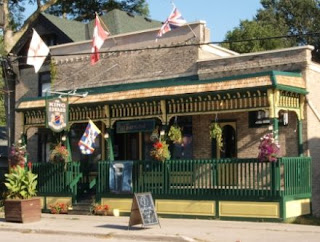 Last night Mary Ann and I went to a St. Valentine's dance out in the country. It took place at the Community Centre in Ilderton, Ontario, about a ninety minute drive. On the way there, Mary Ann and I were discussing how we don't have passports so we are not travelling the world like all out friends seem to be doing. We made up our minds to enjoy our visit to Ilderton by pretending it was some place as far away from Canada as possible. (which is not easy) And because we were a bit early, we had 45 minutes to do it before the Valentine dance started.

Ilderton is a crossroads town. On the way into town, we saw a sign "The home of world and Olympic ice dance champions, Tessa Virtue and Scott Moir". After we went through the town we noticed another one on the west side. Mary Ann guessed there might be one on the north and south sides also, so we drove around until we had seen all four signs. Then we spotted the King Edward Pub and Restaurant in the middle of town, so we stopped for a beer. It's an old looking place, and it was just about full. We went to the bar and Mary Ann ordered "Dead Elephant" beer from St. Thomas Ontario. St. Thomas is famous as the place that killed the Ringling Brothers' Jumbo the elephant. The guy sitting next to me at the bar wore a Toronto Maple Leafs' toque and Maple Leafs' shirt, and the hockey game was about to start on TV, so I asked him if he was a Maple Leafs' fan, and when he admitted it, I told him this joke. "How are the Leafs like the Titanic?" "They are both OK till they hit the ice." Luckily he found that funny. Mary Ann struck up a conversation with a waitress about the King Edward Pub, and she mentioned the rumour that a Tim Horton's may be coming to town, and that would kill their business. I asked why, and she said because they have faster service. I asked if the service in the King Edward was slow, and she said no, but it wasn't like fast food because they had to prepare it first. Then Mary Ann asked the waitress where she got the Tim Horton's coffee she was drinking at the moment? She said it came from London, because she wasn't allowed to drink beer on the job. They did have a coffee maker right behind her, but she said it wasn't as good. Before we knew it, it was time for our Valentine dinner dance, and we had to leave, but we will come back by motorcycle this summer and try some wings. Mention in Lord of the Wings Blog

It's been about 15 years since I went to a dance, so I'm no expert on current music. But as an outside observer I have some comments.

I only listen to oldies on the radio, so unless I go to a dance, I don't find out what other people like these days. So in that way, it was easy to imagine we were visiting a different country. After supper, the dancing started, and the music was played very loud by a DJ, so far that was about the same as the Canada I remember. Every once in a while I could hear some of the lyrics from a song I recognized, but almost all were done by different artists. For example, one song was Tutti-Frutti, which was an oldie already by the time I began to listen to music. I also recognized "You make me Wanna Shout", again a new version.

Being out in the country, it is only natural that there should be quite a bit of country music. Some of it sounded like heavy metal, but the occasional words I could make out like "I got on my horse" or "I was born in the country" gave it away. For me, country music is more defined by the words than anything else. Just to give an idea of the typical country music words or titles here are a few. 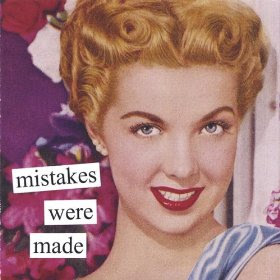 You Done Stomped on My Heart and You Mashed that Sucker Flat (Mason Williams)
How Can I Miss You If You Won't Go Away (Dan Hicks)
They Call me Cleopatra, 'cos I'm the Queen of Denial (Pam Tillis)
My Tears Have Washed 'I Love You' From the Blackboard of My Heart
Drop kick me Jesus through the goalposts of life (Bobby Bare)
If I'd Shot Her When I Met Her I'd Be Out of Jail by Now. (Diesel Doug & the Long Haul Truckers)
I Don't Know Whether To Kill Myself or Go Bowling
I Still Miss You Baby, But My Aim's Gettin' Better
She Got The Ring and I Got The Finger (Crow Carroll)

Admittedly they didn't play all of those at our dinner dance, but it's a general idea. Country music is about cheatin' hearts, pickup trucks, guns, dogs, America, and bibles. They like metaphors and word play. Country music also has a costume and specific dances, but at Ilderton nobody had a cowboy hat and nobody did any line dancing. So I guess it was not a hard core country crowd like you might find in Texas.

But here we come to the opposite of country music, a song by the Canadian group "Barenaked Ladies" who are neither barenaked or ladies, that's just an example of their use of Canadian humour. The song is called "The History of Everything" which already tells you this is not going to be about just about cheatin' hearts and pickup trucks. The words start off:

The whole universe was in a hot dense state (obviously way before Columbus discovered America)
But then 14 billion years ago expansion started, wait.
The Earth began to cool
The Autotropes began to drool (an autotrope is not a pickup truck or a dog)
Neanderthals developed tools, we built a wall, we built the pyramids.
Math, science, history (OK now I think we're starting to get the idea this is not a country song)
Unravelling the mystery
That all started with the big bang. (Not a gun bang, the Big Bang is a theory of the origin of the universe that is not mentioned in the Bible)

Anyway, it was nice to go to a dance out in the country. People had a good time dancing and dining, and nobody got shot or stabbed.

First pic: What the King Edward looked like in summer. Right now it's piled high with snow, and no flowers.

Second Picture: Cover of the album "Mistakes Were Made" by Diesel Doug and the Long Haul Truckers
http://www.amazon.com/Shot-Her-When-Met-Jail/dp/B0012ACFUU
Copyright the Lost Motorcyclist