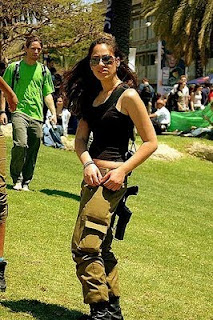 I recently came across a blog that answers a need on the internet. I know of no other website that attempts to gather together all the right wing forwarded emails in one place. (Although it also has a few left wing forwards!).

The header on the site says

"Welcome to the Right-Wing Forward Museum

MyRightWingDad.net is a museum dedicated to following the course of American history through a unique lens -- the emails "Red-America" forwards worldwide. Take a look around the archive using the keywords below, and leave a comment or two.

This museum displays unedited, often offensive and untrue material with no endorsement intended by curators or contributors."

Scanning through all these forwards I learned a few things. First is that there are currently about 1575 (minus about 4 left wing forwards = 1571). That averages out to more than one right wing forward a day being archived, and from the steady rate, I assume that at least one right-wing forward is being generated every day. Apparently, so far only a very small sampling of the total body of work has been forwarded to me. I don't know whether I should be relieved, insulted, or scared. Second, I have not been getting the most racist themed emails. I also saw one email that gave me hope for the future, headed "If you only forward one email today, this has to be it!!!". So apparently some right wing dads are getting tired of hitting the forward button on the emails, and are limiting themselves to only one a day.

I have often used Snopes to debunk right wing emails, but lately it seems I am getting more right wing forwards in the form of "jokes". Snopes does not address the issue of "Tasteless Jokes" that incidentally insult/poke fun at liberals, environmentalists, educated people, "the government" etc. However, this blog also includes all the right wing humour, and lets readers make any comments that they like. (Often funnier than the original joke)

As a father and grandfather myself, I don't like the idea of this blog blaming Dads for the emails, but I can understand where they are coming from. I think us Dads tend to be more conservative than younger people, and many of us are fond of giving advice to our kids. For Dads who have discovered the "Forward" button, but have no interest in, or ability, to fact check, it's a very addictive combination.