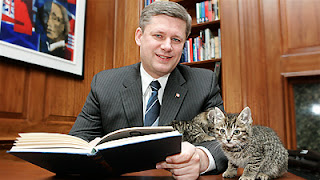 A long time ago, I wrote a blog about the coolest motorcycles.

In that ranking, Steve McQueen and his Triumph motorcycle tied with T.E. Lawrence on his Brough Superior as most cool.

In the rankings of countries, the USA came first. Canada did not make it into the top ten coolest countries, however it made it fourth on the list of uncoolest countries. The only countries uncooler than Canada were Poland, Turkey and Belgium.

This shocking result is a wake up call for all Canadians. We need to figure out how this happened, and do something to get ourselves onto the coolest list. Eventually, a Royal Commission can be set up to get to the bottom of this, but "The Lost Motorcyclist" (me) already has some ideas. The following numbers did not come from any official scientific survey, I just made them up. But they are a good starting point/ballpark approximation.

First comparing Canada to the USA

We used to pretty good in beer, but today this is how it stands: Coors Light brewed in Canada (-70) vs. Coors light brewed in the USA (+70)

Economic activities? Dredging up tar sands (-37) vs. Drilling in the Gulf of Mexico (-4)


So that's a summary of what we have to deal with before we get on the cool list. Let's stop thinking about the past, and start some long term strategic thinking.

Sometimes all you need is to put the right guy in the right position to turn a losing team into a winner. I would suggest, for a start, switching roles between Justin Beiber and Stephen Harper. In their present positions, both come out as uncool. But as our new Prime Minister, Justin Beiber would immediately score +100 cool points. And Stephen Harper (now known as Lord Gaga) could go toe-to-toe with Lady Gaga in the most unbelievably weird entertainers category.

Picture: Stephen Harper with his kittens. With this picture in the public domain, it's surprising we didn't knock off Belgium for the top uncoolest country on Earth.
Copyright the Lost Motorcyclist