The Harper Doctrine: A Talk at CIGI by John Ibbitson 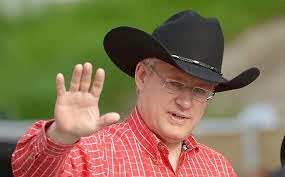 Last night I attended a talk at CIGI in Waterloo by John Ibbitson http://www.cigionline.org/events/harper-doctrine-conservative-foreign-policy-revolution.

The title was The Harper Doctrine: A Conservative Foreign-Policy Revolution.  FYI: Harper is Canada's current Prime Minister, and the person responsible for changes in Canada's foreign policy in the last 7 years.

Although I consider John Ibbitson to be a conservative leaning  (http://withinacertaindistance.blogspot.ca/2012/06/someone-fire-john-ibbitson-please.html)  columnist, and it was -15c, I went anyway, as Mary Ann wanted to go.

My initial thought was that Harper has no original foreign policy.  He simply mimics the foreign policy of the right wing USA, especially Republicans, but to some extent the Democrats too.  For example, he matches the Republicans disdain for the UN, their dismantling of the Kyoto agreement, and their one-sided support for Israel.  He seems to want Canada to cease being a peacekeeper, and become a combat-hardened nation like the US, I assume to help them in  foreign wars.  He even uses the catch phrases of the Republicans like "we won't cut and run".

In his talk, Ibbitson started off by stating that he had come to the conclusion that there was no Harper doctrine and that anyway, doctrines are actually associated with superpowers.  Later on, he stated that Harper's love for Israel developed when he was a teenager, and was not simply a ploy to grab the Jewish vote.  And I assume he was trying to imply without actually coming out and saying it, that Harper was not necessarily copying US foreign policy. I still think that's debatable.

During the talk, Ibbitson took a big swipe at the Province of Quebec for it's newly proposed legislation banning religious garb while performing civil servant or government jobs.  According to Ibbitson, this is clearly a discriminatory practice, effectively banning religions from the teaching profession, hospitals, police etc.  I don't want to get onto a different track here, but I think there is a big difference between banning religions in government jobs and banning religious garb while on the job (and let's also remember religious garb in some cases includes the carrying of weapons).  I'm sure those religions, if they want to accommodate more secular, multicultural Canadian ways, can also find ways to modify their strict "dress codes" to allow their people to take government jobs. After all, look at the Catholic Church and how it finally allowed people to eat fish on Friday, after first making it optional on airplanes. Look at how some religions have abandoned the practice of honour killings (at least in Canada). Most of these religious dress codes are more cultural than a core religious values, but I can leave that for others to argue.  I'm not sure why Ibbitson thought he needed to bring it up, except to point out how Quebec was worse than the rest of Canada.

Ibbitson also talked about how the Conservatives had a strong and growing political coalition that now includes immigrants, the suburbs of most big Canadian cities, and the rural areas of Canada, with very strong support in the Western provinces (that are also still growing in population and influence).  He did not mention that most Canadian voters did not vote for Harper, and that in a true runoff election he would probably lose. From my own point of view, if not for the unfortunate left wing split between Liberals, Green, and NDP; the Conservatives would still be an opposition party.  And just because the west is growing does not mean that all westerners are extreme right wing conservatives like Harper.

So in the entire talk, which I will admit was fast paced, funny, and worth hearing, Ibbitson described Canada's political situation and foreign policy with the all the conservative assumptions and prejudices.  So it  was not necessarily a balanced view, and he never did mention how Harper's doctrine looks to be a copy of Bush's US foreign policy.  And none of the questions from the audience brought up the subject either. I suppose I shouldn't complain, as I had the opportunity to bring it up myself at the talk, but didn't.  I guess I prefer to write about it in a blog instead.
Copyright the Lost Motorcyclist