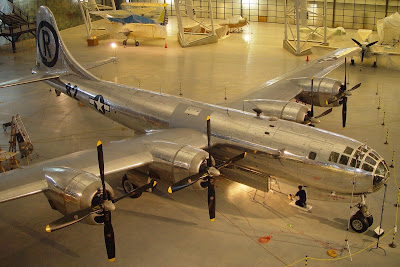 Last weekend at our family get-together, someone mentioned that Barack Obama was "A very controversial president". This is the equivalent of "Hitch Hiker's Guide to the Galaxy" entry about the subject of planet Earth. All it said was "Mostly harmless".

Sometimes we are mislead by simplifications. Yes, Obama is a controversial president, but it is not because of his policies or anything he has done. The controversy comes because he is "black", and to millions of racist Americans, he is the AntiChrist. So the real controversy is not that Obama is radical, but that millions of Americans are racists and are looking for any excuse to stop him.

So this morning I heard that Obama had launched an anti-nuclear proliferation initiative. The way it was presented on TV was that "Obama has angered the right wing militarists and the left wing pacifists with this program". Wait a minute, that is pure propaganda. It seems like the news writer was trying to make it sound like left winger nut jobs will not be happy with anything less than total, unconditional, dismantling of all American nuclear weapons, without waiting for anyone else. This is absolutely not true. As a left wing nut job, I am very happy with Obama's initiative. It is the smart thing to do. It was the general approach to non-proliferation that has been around for at least fifty years. Basically, a pledge to not attack non-nuclear nations with atomic weapons.

So why is the TV station harping on about lefties being upset with it? Well actually, I guess the Toronto Star reported there was one guy who said that he didn't like the fact that Obama increased the budget for maintaining their existing nuclear arsenal. That is an entirely separate issue. The Los Alamos Study Group seems to be focused on keeping the budget for nuclear weapons low. They do not seem to be experts in foreign policy nor do they seem to be very knowledgeable about how to diplomatically persuade other countries to go the non-nuclear route.

So as far as I'm concerned, there are NO legitimate "lefties" who are angry at Obama about this. I say thumbs up to Barack Obama, and yet another reason why the Nobel committee was prescient in awarding the Peace prize to Obama. Too bad he couldn't win two in a row.

Picture: The Enola Gay, restored in 2003, the plane that dropped the first atomic bomb in anger.
Copyright the Lost Motorcyclist