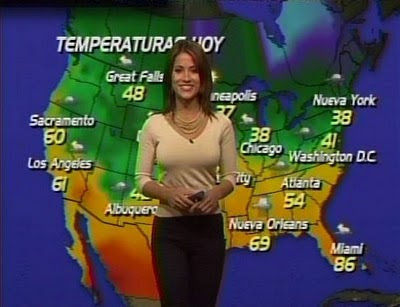 Some of my most frequent pet peeves are people in the media "explaining" an issue in a completely ass-backwards way. So part of the fun of writing a blog is to put out my own take on an issue that has been poorly explained to the public by the TV and newspaper media. Two such stories come to mind today.

First is Canada's new rules for mortgages, tightening up the requirements for obtaining and keeping a mortgage. I didn't keep track of which news person said this, but I'll bet she was not alone. She was talking to an expert, and asked "This probably means that the average home buyer will have to be paying more for their house. How much more will we have to pay?". If you spotted the error already, good for you! The error is this: By tightening up the credit rules, home buyers will pay LESS for their homes, not more. You heard that right. Most people buy homes on credit, that's what a mortgage is all about. They usually buy the most expensive house that they can afford. The person who tells them what they can afford is the banker who approves the mortgage, and the bankers do the calculation according to set rules, based on the buyer's financial position. When you tighten up the rules, you are effectively saying "You cannot afford this $500,000 house, therefore we reject your mortgage request. However, we would be able to approve of a mortgage for $350,000". The numbers here are just an example, but it gives you the idea that people will be spending less. Even for people who buy a smaller house than their limit, they will pay less because they will not be extended as much credit, therefore less interest to pay.

My second complaint was stirred up by a comment by one or more meteorologists, that they are better able to predict global warming than climatologists. (March 29, 2010 New York Times). I know this story is almost a month old, but I'm actually focusing on a problem with the entire meteorological business, that has been going on for a while. The weathermen and women on TV keep pounding us with the message that "warm is good" and "sunshine is good". It sounds something like this "We have some good news for the weekend, sunny and warm with no chance of rain." Listen to the weather forecasts yourself, and in about 99% of them, the meteorologist attaches the words "good news" to any report of sunny and warm, and some variation of "bad news" to any rain, snow or cold.

The one exception is when a forest fire is destroying million dollar homes in California. Then they switch around the good to bad.

This attitude is not scientific, which confirms my opinion that most of these weather girls and men are more announcers than scientists. But for heaven's sake, do not make your pretty faces even redder by claiming to have greater scientific knowledge of climate change than climatologists. Meteorologists have a hard time predicting 5 days ahead, and have been totally brainwashed into thinking warmer is better. These are not the people to be deciding if it is good or bad that the climate gets 5 degrees warmer in the next hundred years.