Canada and Australia, a Comparison 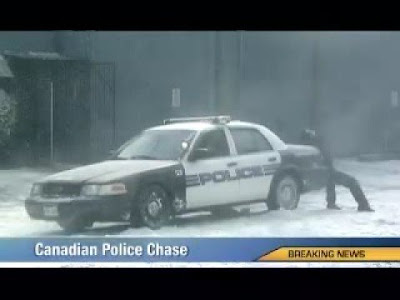 Here is a comment left for me from David, about the same age as me, from Australia.

"Canada is a place I would love to travel to (maybe one day before its too late) and you certainly make it sound very appealing........ David"

Whether David meant what he said about me making Canada sound appealing, or whether he was just being polite makes no difference. It got me thinking about my attitudes towards my own country, Canada and his country Australia.

Ever since I finished school, Australia has been for me the most ideal place on Earth, the place I wanted to emigrate to. But I have never gone there even on vacation. Meanwhile Canada has always been, in my mind anyway, the least inhabitable country on Earth. With the possible exception of Antarctica, but that's not a country is it? When we are not freezing our asses off, we are being eaten alive by insects. Although to be fair, there are a few corners of our country right next to the American border, where we can sometimes bask in the warm American air that drifts over to us. Unfortunately, we all get quite crowded in as we push closer and closer to the border, seeking warmth.

What might I have said to make Canada sound appealing? Surely not my "Bikers' Guide to Dutton Ontario", where I lauded it as the location of greatest biker slaughter in Ontario history. Or my various sarcastic references to Alberta as the most conservative province of Canada, and the province most likely to take Ann Coulter's advice to separate from Canada and join the USA. Nor would my comments on Toronto being the road rage capital of Canada. Or my many blogs on the joys of travelling the 401.

Sometimes people really like to visit places that are just different from their own homes. Once, while motorcycle camping in Saskatchewan, I was speaking to a person from Arizona, where I guess they don't see a lot of rain or cold. As we were talking, a black cloud came up and started pissing on us. For me, this was an annoyance. To him it was a joyous occasion. I didn't understand at first. Maybe he thought this was not water coming down on us, but beer? No, he simply never saw rain at home and loved every minute of standing in the cold getting wet. At that moment I made up my mind, that one day I would visit this place called Arizona. 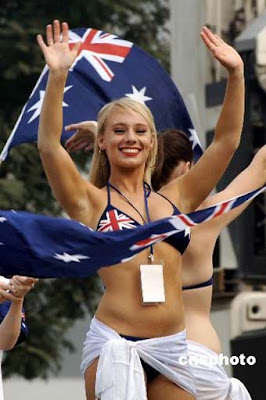 When I think of Australia, I think of hot summers and warm winters. Koala bears hanging in the trees, Nicole Kidman and kangaroos jumping about. Wrestling crocodiles for fun. Surfing among the great white sharks near the barrier reef. Is it possible that this is just a fantasy, and that if I really lived there I would find out that Australia is more or less like Canada but with a funny accent?

Mary Ann went for a two month visit to Australia when she was young. Even my mother went there about 20 years ago at age 65. While she was on an outback excursion near Alice Springs, she was setting up her tent one night and accidentally drove her tent peg through an underground water pipe and created a nice little lake right where Australia needed it most.

Well anyway, if anyone wants to come and see Canada, they are certainly welcome. And I don't mean just me, I mean almost all Canadians share my bewilderment as to why anyone would want to come here, and we admire the courage of people who do.

Pictures: I am just going to let you guess which is Canada, and which is Australia. Shouldn't be too hard. Notice, I did leave out the pic of the bandit's car, which was having just as much trouble as the police car.
Copyright the Lost Motorcyclist