If Oil Spills Are Natural, What Else is Natural? 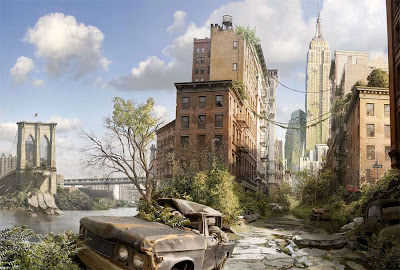 Just in case somebody starts reading this and starts thinking I am a BP shill, I am not. I do want to live in a clean, natural environment. But at the same time I want to know the truth about the oil industry's arguments to continue drilling in sensitive areas. And I use oil myself. It takes time to sort through the hype on both sides.

Fox News came out with a revelation that puts the BP oil spill in perspective. Oil spills are perfectly natural. There is actually more oil coming in to the oceans from natural seepage than from the BP spill.

I have a reference right here in case you need to look it up.

So Rush Limbaugh and Fox News do have a point, although you rarely hear the oil companies making this point publicly. The truth is that they spill less oil overall than all the natural seepage from oil reservoirs under the ocean world wide.

Does this automatically mean that we can forget about oil spills? Of course not, because local concentration is important, and damaging. The fact that oil has been seeping for hundreds of thousands of years means very little to the people of Louisiana who are trying to fight off a tide of oil that may come ashore any day now.

Environmentalists often give the idea that nature is all good, that nothing bad can exist in nature. This is not true, and most environmentalists don't believe this childish idea themselves, but it takes time to explain the complexity of reality. Obviously diseases are natural. Mosquitoes and black flies are natural. Freezing cold is natural. Floods, tornadoes, lightning. Sometimes we forget that space and the moon and Mars are natural too, but nothing lives there. And more than anything else, we forget that mankind is natural. And mankind includes the Nazis, the Commies, illegal immigrants and Republicans. Even Rush Limbaugh is part of nature, although Fox News is not, being a technological/electronic artifact. Something else that is not natural, and never has been? Windmills of course.

A more accurate image of nature would be this. In the entire universe, there is a very small place where life can survive. It is called the surface of the earth (give or take a few miles up or down). On much of the surface there is an environment, an ecosystem, that is self sustaining and balanced. This is where all known life exists. A few seemingly unimportant changes to this ecosystem, could alter it to the point where it will longer sustain life.

Many environmentalists believe that human activity is creating an imbalance in nature, so large and so fast, that nature cannot respond. Our technology, together with our rapid, unchecked population growth are changing some of the characteristics of our environment that may lead to catastrophe, or maybe not.

Some people would like to slow down our technology and examine the issues scientifically, others want to keep going and assume the environment can handle it. In a logical society, probably both points of view would be considered, and the more cautious approach would likely be taken. But we do not live in a logical society, we live in a society driven by politics and money, and informed by propaganda and name-calling. The cautious approach, and planning for the future are often pushed into the background by greed, obstinacy, ignorance, and the ever present desire for more comfort and convenience.

So what does it matter what the truth is about oil spills? In the broad perspective, the Earth has absorbed bigger assaults, and in an even broader perspective, our society does not have an intelligent decision making process.

That is why in the end, I personally think less drilling, and also higher taxes on oil make sense. We need to tax oil in order to give alternate energy sources a chance to compete and develop. But obviously not everybody takes the same lesson that I do from the facts presented.

It would also be perfectly natural, in the strict sense of the word, for all life on Earth to be extinguished. And that is another perspective for you.

Picture: Artists' conception of New York after all humans are wiped out by something or other.
Copyright the Lost Motorcyclist