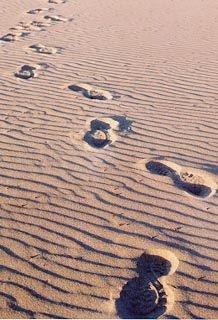 Several weeks ago I was in Port Dover, talking to another biker I met about nice roads in the local area. He said that he never missed going down to the end of the road at Long Point. In a previous blog, I mentioned that I always skipped that section of road as it is a dead end. So last week I decided to take a look for myself.

I first drove to Port Dover, that's because I usually need a lunch stop by the time I get there. And I correctly assumed that Long Point would not have a Tim's, and actually not much of anything else open either, in the middle of the week. The road to Long Point does not actually go to the end of the point, which is about 30 km long starting from the bridge. The road only goes about 4 km down the peninsula, and stops when you get to the provincial park gate. I suppose that some kind of road continues inside the park, but I didn't check it out. But most of the peninsula seems to be accessed by boat only. Long Point Provincial Park has a boat launch and docking area.

Starting from the gas station at the intersection of 59 (Long Point Road) and 42 (Front Road), you can drive about 8 km to the gate of the Provincial Park. At first, you travel straight south, passing the Big Creek National Wildlife Area on the right, and some marinas on the left. Then you get to a sharp bend in the road with a restaurant or convenience store (not sure which), and soon you are on Erie Blvd, the narrower part of the peninsula. There is a bridge here, so Long Point itself may be an island as much as it is a peninsula. I guess this is typical of these points of land that are constantly built up and eroded by wave action.

Once on Erie Blvd, you pass through the village of Long Point, which is mostly cottages. I made a short turn off to 4th Ave, went down to Boathouse Lane and returned to the main road by 1st Ave. Then back on Erie Ave, I noticed there were many signposted "Public Access" points to the wide beach on the Lake Erie side. Unfortunately, most of those access points are marked "NO PARKING Pick-up and drop off only" The only public parking nearby would be the sections of shoulder of Erie Blvd, that are marked Parking and widened with gravel. The parking is a bit removed from the beach, but at least it is free. One public access point had it's own parking lot, on Abigail Becker road, across from Buddy's snack shop. I couldn't find Abigail Becker road on Google maps, so maybe it's a new road. But I did find a mention of the historical Abigail Becker in Wikipedia

I parked my bike in the lot on Abigail Becker's. It's a sandy lot, but my bike has a big enough pad on the sidestand to prevent it from sinking in. Too bad Buddy's was was not open, but it had a sign promising "Open Weekends". The wind was kicking up sand, and making ripples on the beach trail, and several parachute surfers were having fun skimming and jumping the whitecaps along the brown water of Lake Erie. This part of the point has some moderate sized dunes built up, and covered with vegetation in places.

Recently, I got a comment about ownership of beaches, so in light of that I will digress to that controversial topic. The beach at Long Point appeared to be public property despite the row of cottages right along the water. However my research on the Internet indicated that in Ontario, Canada, in the Great Lakes region, waterfront property usually goes down to the "Low Water" mark. This is quite different from normal world wide standards for tidal ocean property, where the High Water mark is the normal boundary. In Canada the ocean beaches are crown land. There is still a controversy about the ownership of the beaches in Ontario, because the general public (and even most cottagers) like to be able to at least walk along the beach without encountering "Private Property Keep Off" signs everywhere, with fences running down to the water. But I think I see a good aspect of this custom. On tidal ocean beaches, the beach is cleaned twice a day when the tide comes in, and washes away all litter, dog crap etc., and not only that, will destroy any tent sites, barbecue pits, and float away any parked cars, motor homes or or trailers. Not so on the great lakes beaches, where there is no regular tide. So it may be better that the cottagers own the beaches, and take some responsibility for keeping them clean. Most cottagers are reasonable about the use of the beach (i.e. no fences, no threats, no Doberman dogs), and most beach goers are similarly well behaved. But obviously there are exceptions on both sides, and it is a very different situation from ocean front beaches.

Picture: From this website http://www.out-there.com/lands/lg_pt.htm
Copyright the Lost Motorcyclist