Is Canada Really a Better Name Brand than the U.S.A.? 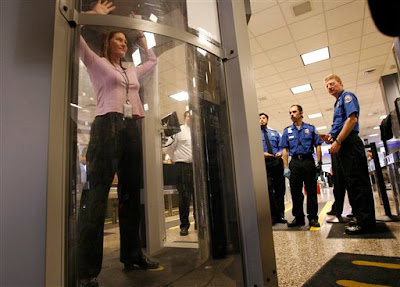 A story came out today about how Canada has edged out the USA for top spot in a tourist brand survey. I'm sure that gets all us Canadians feeling good about ourselves. But let's look into this a little further, and find out why we got to first place before we take a victory lap.

Apparently the people who responded to the survey had not heard of some of the juiciest stories in the Canadian news recently. The story of the Ku Klux Klan guy at the Canadian Legion stayed home in Canada. So in the end it was a good strategy not to charge him with a crime.

Another story that didn't get out was the cross burning on the lawn of an interracial couple. Apparently the perpetrator was not in the KKK and he meant nothing by it, he just thought it was a funny thing to do. That's good for him, it'll give him a lot to laugh about while serving time in prison.

Colonel Russell Williams, of the Canadian Forces, raping and killing women near his home base, in Ontario Canada. That story didn't get out either.

We were lucky that the Canadian stories which did make it big world wide were the Winter Olympics in Vancouver, polar bear watching expeditions, and wine tasting tours. (free wine is very appealing). The polar bear story was so viral that any web sites featuring polar bear videos crashed from heavy traffic.

But all the free wine and polars bears together cannot explain how we ousted the USA from the number one spot. Americans are in shock, how could they lose such an important competition? According to USA today, it has nothing to do with people getting strip searched and X-ray photographed as they board planes to the USA. No, that couldn't be it. So according to Jayne Clarke, of USA Today, it's because "Obama has not delivered on his promises".

Daniel Rosentreter, FutureBrand's chief strategy office is quoted as saying "What we've seen this year is the shine may be off. Obama hasn't delivered what the world expected."

So, Jayne and Daniel, I don't think the USA brand is sinking because of Obama. It is more likely sinking because even with Obama as president, the rest of the word knows that the people of the USA are still pretty much the same as they were under Bush. And far from looking better under Obama, the Conservatives in the USA look like they are borderline insane. Not very appealing, and not surprising that the USA brand slipped to fourth place.
Copyright the Lost Motorcyclist