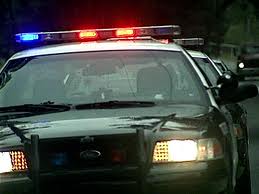 Drowsiness is a dangerous condition when riding a motorcycle or driving a car.  That's why I pulled in to the service centre for a coffee yesterday afternoon.

The weather has been very good for motorcycling lately, so even though it was February 5th, I was able to ride my motorcycle to Dutton to visit my mother.  I went down Saturday, when it was about +4c, and dry clean roads.  It was not strictly necessary at the time, but I took my electric vest.  After ten minutes on the 401, I was ready to turn it on.  My electric vest is without an on-off indicator.  It has a switch, it just has no indication for which side is on, and which is off.  Because it takes about five minutes for the vest to heat up, it would be a good idea if someone would mark it instead of just trying to memorize it.  But in "The Lost Motorcyclist's" busy life I don't have the time for such things, so I try it one way for ten minutes, then try it the other.  Because I was unable to feel heat either way, I kept switching back and forth all the way to Dutton.  I finally decided that something was not working, and it's not that unusual because I have had three failures on previous electric vests.  So once I got to Dutton, I spent the afternoon trying to figure out what was wrong with it, without using an electric tester.  Yes an electric tester is the smart and fast way, unscrewing stuff and pulling at wires is the slow and dumb way, but with all my experience, I eventually unscrewed the switch and found one wire that had unscrewed itself.

The next day was a little colder for the return trip.  Early in the morning, I noticed frost on the bike was unusually thick before the sun came up.  I prepared to leave by noon, loading a dozen eggs from my Mom.  I have never carried a dozen eggs on a motorcycle, so for the first hour of my drive home went slow trying to avoid bumps.  At least the electric vest was working, so once again I memorized the switch's ON position. But then I guess it was all that heat, after an hour I started getting drowsy, which is why I pulled in to the service centre and lined up at Tim's.  There were about 25 people in the lineup for Timmie's, and nobody in the lineup for Starbucks.  But I lined up for Timmie's instead because I only wanted to stay awake for the next 30 minutes it would take to get home, not for the next four days.

As I was waiting in the Tim Hortons lineup, I realized that I forgot my money, it was back at my mother's house. Also in my wallet was all my ID, insurance etc. that I would need for a police stop, and my prescription glasses that according to my drivers licence (if I had it) I need wear while driving.  So I turned around and headed back to Dutton.  But first, because of the centre dividers, I had to continue on to the next town which was Woodstock.  On the way back I decided to travel a teeny bit above the "unofficial" speed limit, based on the fact that I had not seen any speed traps in the last hour on the same road.  Even though I had no papers with me to hand over if caught.  By the time I got to London, I was keeping pace with a Mini Cooper with racing stripes, with a couple of young girls in it.  They were probably immune to speeding tickets due to their youthful looks, and besides, the driver was blonde.  Instead of following along and letting them take care of the fuzz, I decided to take the lead, knowing of course that there were no radar traps.  Then it kind of hit me that this was almost two hours since I had gone through here, and when I did go through, it was lunch hour.  As I was mulling over this uncertainty, I noticed a police car in the eastbound lane, and in my rearview mirror, saw him hit the brakes and make a U-turn.  I slowed down, kind of worried, but then the two girls in the mini shot by me and I figured I was safe.  Then I exited for Dutton.

Another visit with my mom.  She offered my coffee and cookies, even though I no longer needed to be woken up.  I had forgotten about the eggs in all the excitement, so I pulled them out and they were all intact.  I was surprised.

Finally leaving Dutton, this time wearing my prescription glasses that I forgot the first attempt.  By the time I got to the centre of Dutton (15 sec.)  I couldn't see anything.  My eyeglasses fog up badly inside the Scorpion EXO1000 helmet.  But the helmet's 2 visors have an antifog coating, and apparently it works well.  So I stopped briefly before the onramp to remove my glasses. Maybe they need that antifog coating more than the visor. On the way back east I wanted to wave to the police car sitting in the median where I left him, but he was busy pulling over some poor slob going west.  And by the time I reached the exit for Kitchener, I counted three cars pulled over for speeding, one cop on a bridge with a radar gun, and seven police cars.  And that was just in the westbound lanes.

Anyway, as I reached my exit, I was wishing the ride could have lasted longer.  I was very warm - actually my hands were sweating a little.  The sun was coming out behind me - right where I like it.  I was comfortable and wide awake, and feeling pretty good about being able to do so much riding in February.  This year makes up for missing July and August last year.

Picture: From the Internet, because I also forgot my camera.
Copyright the Lost Motorcyclist