Upgrading Ubuntu From Ocelot to Pangolin 12.04 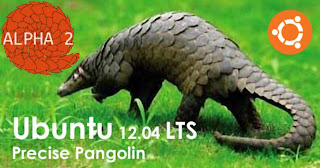 I used to have the Ubuntu version called "Oneiric Ocelot", and for months I have been getting popup messages to upgrade to Precise Pangolin 12.04. A few days ago, I gave in and finally clicked "yes", instead of "remind me later".  The only truly positive result of this upgrade (and I'm reaching for straws here), is that now I know that Pangolin is another word for scaly anteater.

Now for the details.  I was quite discouraged to see that the new version of Ubuntu can no longer show Youtube videos, in other words, it cannot show Adobe Flash animations, as apparently Youtube works through Flash software.  Flash is also used on many other websites, such as Google Streetview, and for a few screens on the Weather Network.  I used to think that Ubuntu was steadily improving, and would one day rival Windows, sadly it appears that this may be a major roadblock.

The reason that Ubuntu can't theoretically run Flash, from what I understand, is that Flash is proprietary software, which apparently Microsoft can distribute on its computers, but Linux is not allowed to do because of some kind of copyright restriction.  In the past Linux could always let the users load it themselves, and it wasn't too difficult for the users because Flash is given away free by its owner, Adobe.  But in a recent development, Adobe has announced it is stopping support for Linux versions of Flash. This is a real setback in Ubuntu's progress toward user friendliness.  It seems to me that some Linux experts are secretly pleased that they can plunge back into obscure incantations to get some functionality back into their machines.  But it is no fun for for non-fanatical users like myself.  I was amazed by the number of sites offering conflicting remedies for Flash, none of which ultimately worked for me.

But then I noticed by chance that some Youtube videos worked, and some didn't.  With a little further research, I found that the videos that worked were displayed with HTML5, not Adobe Flash.  And investigating further, I found that Youtube is trying to move all its videos to HTML5, which is not owned by Adobe, and runs the videos more smoothly anyway.  The major problem here is that HTML5 has no provision for embedded advertising within a video.  I noticed that those advertisements have been getting more and more aggressive of late, popping up over, or delaying the main videos.  Anyhow,  when HTML5 can't run those, Youtube switches back to Flash, which does not work for my computer with Precise Pangolin, and the video simply terminates with the message "You need Flash to be installed".

After a few days of exploring other websites, I came across a work-around, where I can force the video to play in HTML5 with the ads stripped away.  It's a bit clunky to type in the code every time, but seems to work, and the videos seem smoother and of course, no ads.  It's also kind of fun to feel like I'm cheating, so maybe I'm getting more into the Linux frame of mind here.

Another benefit of my days of investigation was that I installed MiniTube, which allows me to download Youtube videos.  So now I can download any video off Youtube and it will play from my hard disk.  Again, no Flash required.

Otherwise, Precise Pangolin looks about the same as Oneiric Ocelot to me.  The left side main menu does not pop out as readily as it used to, but when it does, the menu background is translucent instead of opaque.  Wooo hooo.  Ok maybe that was a bit too sarcastic.  Although it was a free upgrade (as usual for Linux), it did take four hours or so to complete the upgrade itself, then another day of troubleshooting to get Flash to work part of the time, and two more days to figure out the cheat code.  At least nothing else seems to be lost in the translation, except Ubuntu's user friendly face.  But now I know what a pangolin is, both the scaly little animal and the scaly version of Ubuntu.

Any questions can be posted in the comment section below.