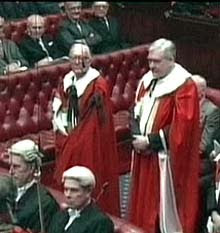 I have never agreed with many of Conrad Black's ideas. Giving up his Canadian citizenship to take a title of Lord in England, summarizes the differences between him and me. But up till now, I had always thought of him as an intellectual, someone who could write well, and researched their ideas. But recently I read this article of his in the National Post "Four Ideas for a Better Canada and a Better World", and I think he is beginning to unravel mentally. Here is the link.

I will take the liberty of summarizing in my own words. Read it for yourself in case I am distorting his ideas.


I would normally try to explain what is wrong with these ideas, but I think in this case, I would simply recommend that Conrad get some rest, maybe being in jail in Florida was too much for him.