Does a Rising Tide Really Lift All Boats? 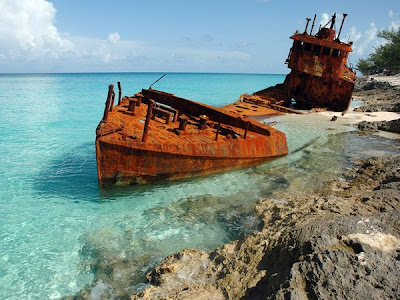 If the rich get richer, a theory called "Trickle Down Economics" says that they will invest money in new businesses and create jobs. And even if they don't, sooner or later they will spend their money, which will also create jobs (for example yacht and mansion building jobs, or jobs as chauffeurs and butlers). Either way, we are told, trickle down economics works. It can be summed up by the simple and powerfully persuasive analogy "A rising tide lifts all boats". Or the mysterious "invisible hand of the free market", which is at work to guide us to prosperity and freedom.

Choosing an economic system has effects on our well being. So before we choose one, we should at least try to understand what could go wrong, and not blindly repeat slogans like "a rising tide lifts all boats". It is important to at least consider ways the system could fail. It's not hard to think of three or four hypothetical situations that would break this system.

I'm not arguing that any of this is being done, only that if it could be done, it would cancel out the essential idea of Trickle Down Economics.

Here are some other things that the rich could spend their money on that would result in a different kind of tide that lifts the yachts but swamps the canoes.

Are there signs that Trickle Down economics is working today? Well, the middle class are all driving Hummers (and probably multiple cars/trucks), they have the most massive TV's ever imagined, they can eat until they are so fat they actually need a Hummer, their houses are mansions, their kids all go to the finest school system in the world, they have the best health care in the world. They have electronic gadgets that make it possible to surf the Internet for porn while driving, and of course they have that Hummer to keep them safe in case they hit a little Toyota (driven by an illegal migrant), and even if they hit another Hummer they have air bags. All this costs money, so the middle class must be getting richer.

But in spite of all this conspicuous wealth, are there also clues that this rising tide is not lifting all boats? When I walk downtown people keep begging me for spare change, many people are over their heads in debt, or living off unemployment insurance, the country is sinking deeper in debt nationally, many people are out of work, both mom and dad need to work just to get by, and jobs are going offshore.

Does it make sense that the government seems intent on reducing taxes on the rich? Or that bank executives raise their pay into the tens of millions per year, after their banks fail and they get government bailouts? Or that conservative TV and radio stations, newspapers and websites are multiplying, spreading the word that a "rising tide is floating your boat" and telling us that taxes on the rich are like theft? These same conservative outlets tell us that our main worries should be (A) Terrorism (B) Gay Marriage (C) Abortion.

So is Trickle Down economics working, or should we go back to taxing the rich the way we used to in the fifties and sixties? And does a rising tide really lift all boats?