A Traveller's Guide to Moral Relativism 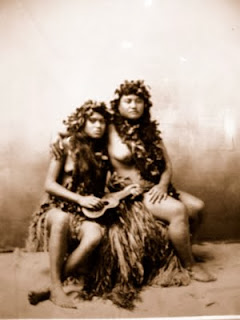 Moral relativism is the theory that moral standards vary from society to society, and from time to time in history. Under this theory, ethical principles are not universal and are instead social products. This theory argues that there is no objective moral order or absolute truth.


Moral relativity is a philosophy that states there is no absolute Right or Wrong, and that anyone can freely use his own conscience to decide what is moral. A moral relativist will not say that theft or murder is wrong, because he believes it is up to the murderer or thief to decide whether his behavior is justified.

All through history, people have noticed that there were different cultures with different values, and that each culture regarded the differences between them and the others as an indication of their own superiority. The concept of Moral Relativism has been known for thousands of years.  But it was popularized during the European colonial period. During the colonization period, where European countries attempted to dominate the rest of the world, this feeling of European superiority reached a peak.  I guess that never before had so many different cultures been touched by any other culture.

As this colonization progressed, a few European intellectuals began to deny that Europeans were superior to all other cultures on Earth.

Let me illustrate with one example.  In many Polynesian islands, and in Africa it was quite common for women to go topless.  Now at the same time, in Victorian England, it was scandalous for a woman to show an ankle, and the rumour was that even table legs were forced to cover up.

So, when the missionaries first arrived in Polynesia, they had their hands full trying to convince the local women that their traditional way of life was scandalous.

The intellectuals who discussed cultural differences, theorized the following.  Since, at various times, different cultures had dominated other cultures, and even the method of dress within each culture changed with time, was it possible that there was no absolute definition of scandalous?  Could it simply be that one culture developed in cold climates where clothing was necessary,and other developed in hot places where clothing was neither necessary nor available?  And what about the institution of slavery, which was responsible for producing most of the cotton that made the clothing?  Was that not just as evil/scandalous as seeing a topless woman?

This argument was the core of the colonial era concept of "Moral Relativism".  On one hand you have religious zealots, insisting that their God was superior to all others and hence, their method of dress was also superior.  On the other hand, you have people who insist that there is nothing inherently evil about foreign cultures, and that their methods of dress and even their types of worship were as valid as European ones.

The moral absolutists (opposite of relativists) fought back, saying that many pagans and primitives engaged in cannibalism, which was evil under any circumstances.  I don't know about every nasty rumour started by conservatives or racists, but you can find plenty of evil in non-European societies if you care to look.  But then you can also find plenty of evil in our own society if you know where to look, and if you are allowed to make up stuff that sounds true.

I believe all cultures have their own ways of doing things, that generally make sense to them.  But these values also do evolve slowly with time, with contacting other cultures, and with changing circumstances.  I think some values are absolute, for example when it comes to killing and eating the still beating hearts of the victims, particularly when that victim is me.  But then some cultural norms I think are "morally relative", especially when they harm no-one.

Picture: Historical picture of native women in Hawaii. I found it on   http://1browngirl.blogspot.ca/2009/11/its-free-for-all-friday.html

Further reading: A novel "The Poisonwood Bible" By Barbara Kingsolver, a fictional account of an American missionary in the Congo, but  Barabara lived in the Congo for a while as a child, and so it gives the novel some authenticity.