Bankruptcy as it Applies to National Health Care 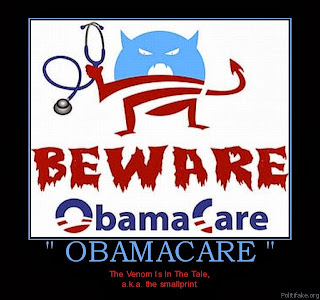 It's not only in the news, as I hear ordinary people referring to the possible bankruptcy of the US.  As in "Obamacare is going to bankrupt the USA, eh?"  That last quote is from a Canadian. Canada has had a more extreme version of health care for at least 40 years, and Canada is apparently not bankrupt.  So obviously, "bankrupt" is one of those words that everybody thinks they know what it means, but actually nobody understands it any more.

As a public service, I am going to go over the meaning of the word "Bankrupt", and we will see more clearly whether the USA is going bankrupt, and if so, what may cause it.

First, let's try to understand what bankruptcy is.  When a person or a company gets very very much in debt, they sometimes reach a point where they will never be able to repay the money.  In the olden times, this is when the lenders would seize their person and sell them into slavery, and be done with it.  The money they could fetch as a slave was often not as much as their debts, but the lenders were thinking that it was better than nothing.

The key thing to remember is that bankruptcy is not another word for "broke", or "got no money".  It is caused entirely by a decision that the lender makes, whether to give up on the loan, grab whatever assets they can, sell them and be done with it, or to continue on, hoping to be repaid one day.

The concept of bankruptcy really only applies to individuals and companies, and apparently in some cases to municipal governments (I live not too far from Detroit). The USA is a country. What about a country going into bankruptcy?  What is the difference between a country and a company or individual, or local government?

There are a few ways a country can go "bankrupt".  (or we can use the term "sovereign default")

One is where the country itself decides to stop honoring any agreement to repay debt or service foreign or domestic loans.  The other is where another country "B" or "C", who is a big lender to country "A", decides they will never get their money back, and so they seize country "A"'s assets.  They can readily seize any assets like bank accounts that are held in country "B" or "C" banks, but they cannot seize important tangible assets without declaring war, and so that is often the way things go.  As an example, the USA sent marines to seize Haiti's assets when they decided that Haiti could not repays its debts.  (July 28 1915)

Also, each American's share of the national debt is $52,000 more or less. (mostly more)

But because the US government can raise money through taxes, most lenders assume they will be repaid eventually and let it ride.  The alternative, of course is either war or at least a break in relations.  By the way, a break in relations usually means a complete trade shutdown.  Which means (probably) no more foreign oil, and so no more giant pickup trucks and Hummers running around at top speed.

Now what will cause the USA to actually go bankrupt?  Obamacare?  Not likely.  The refusal of the US government to pay interest on its loans? Getting warmer.  A complete shutdown of the US government, including the Revenue department?  That starts to be worrisome.

I think the Republican slogan that they want to put an end to big government is more of a problem for bankruptcy than the watered down version of health care that Obama has proposed (actually, not only proposed, but passed into law.)

Back to motorcycling, I was reading on the Advrider site about an American rider who crashed, and would not go to see a doctor partly because he had no insurance.