History Is Controversial: Get Used to It 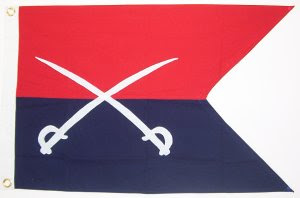 I have started reading "History on Trial" by Nash, Crabtree, and Dunn. It's about the controversy in the USA concerning the history curriculum. And I must confess I don't understand people who think they can teach history without controversy.

I have a personal experience that shows how controversial the teaching of history can be. Back in 2002, Mary Ann and I were touring out in the American West by motorcycle, and I wanted to visit the site of the Battle of Little Big Horn, where Custer's force was massacred by Indians. There was a National Historic Park, and historical interpretation centre there, and we dropped in to get the "story" (i.e. the interpretation of the events.) I was very surprised to see how balanced the interpretation was, giving the Indian's side of the story very sympathetically. I had expected a one sided condemnation of the Indians. But after about twenty minutes, I started looking around more and more, and came to realize we were not at the "Official" interpretive centre, we had been lured to an alternate interpretive centre set up by the Indians on their own land, which was kind of dressed up and signposted to look like the National Park Centre. Unfortunately, the National Park was closed by the time we got there, so I never got the other side of the story.

But one more thing I noticed, driving down the interstate highway, was a pickup truck flying the flag of the Seventh Cavalry, the very regiment that was massacred. I wish I knew why people were still flying those flags, but never had a chance to talk to the pickup truck driver.

So that is one anecdote of my impressions of American history. I have more, but they will wait till another day.

I have spent three years myself teaching Canadian history, and I enjoyed it more than teaching math, which was more my specialty. History is more fun than math because it is controversial, and as a teacher you have the opportunity to help students question what they are being taught. We had the text book, which was the curriculum, and it was the basis for all the "correct answers" on the exams. But instead of simply memorizing all the facts, I preferred to treat the facts as simply one side of the story in most cases, and we spent more time discussing than we did memorizing. The result, I thought, was that many of the students had more fun and actually remembered better.

I see two sides to the teaching of History. One side is the curriculum, the "correct version" that must be taught. The other part is learning to interpret, question, and see other points of view, which are optional and depend to a large degree on the teacher and the students themselves. And this second part is much less subject to control by the authorities. Although, I can well imagine teaching in some schools where the parents may find out that someone has questioned something that they hold sacred, and may complain to the principal. But in my three years of teaching Canadian history, no parent ever complained to me that I was forcing their children to think for themselves.

One of the reasons that history curriculum starts people fighting, is that some teachers and parents think that history must be taught without questioning. That means your curriculum has to be right from the start, then the students simply memorize everything and they get 100% if they know the material perfectly. That puts a lot more importance on the curriculum development than on the quality of the teachers.  And the fact is, the curriculum will never be "right".

I don't really know that much about how Americans teach history, but this is the impression I have had over the years, from watching American TV and movies, reading American books, talking to Americans about their history. They memorize all the presidents, in the correct order. They focus on the positive, and their history is full of white American heroes. They tend to ignore world history (e.g Canada), and anything that could be called a "downer" or anything that may undermine the impression that Americans are not the smartest, bravest, most decent people on Earth.

Why is Canadian History not taught from such an extremely chauvinistic, one-sided point of view, like a mythical fable with very little questioning or interpretation? I can think of a few reasons. For one, Canada has two historical viewpoints that are taught in the classroom - the French and the English. (Although not usually in the same school system). And now, for all I know there may be more. Second, we have no reason to think that Canadians are a "special" people chosen by God, to lead the world. Third, we tend to not believe in the absolute truth of the Bible as much, meaning we are more accustomed to questioning the printed word.

Picture: That's Custer's Seventh Cavalry flag in case you are ever out West and see it flying from a pickup truck.
Copyright the Lost Motorcyclist