The Nikon Coolpix S8100 and a History of my Cameras 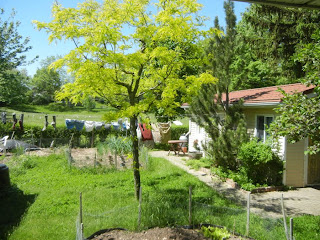 I got my first camera in 1969, the same year as my first motorcycle. It was a Canon SLR. As usual, I was a little behind the technology curve, as my model had already been obsoleted by the next, which featured a light meter that you could read through the viewfinder. On my camera, I had to look away from the viewfinder to read the built in light meter on the top of the camera body.

I thought that snapping pictures from a moving motorcycle would be a good idea, drive and shoot at the same time. My first picture, which I still have, features a small Volkswagen pulling on to the road directly in front of me. After that close call, I decided to never again shoot and drive.

I still have my ancient Canon SLR, and hundreds of slides and an old fashioned slide projector. Then twenty years ago, I decided to buy a small point-and-shoot film camera because it was easier to take on motorcycle trips. Ten years ago, I made the transition to a digital point-and-shoot camera. The digital camera's major failings were slowness between shots, and short battery life. It also did not reproduce the candy colours of my Honda CD175's very well either.

In about 2005, after missing way too many pictures because of the time delay, I upgraded to a newer and better digital camera, a Canon Sureshot S410. A Lithium Ion battery had not only a much longer time between charges, but it recharged in 4 hours, instead of 12 for the previous camera. This made it more practical for motel room outlets. The Canon also took much less time between shots, and the colours were improved, especially candy red.

But in the last few months, I noticed that my (now old) Canon seemed to be brain damaged. I assumed it started when I took a picture of my blindingly visible new lime green fluorescent jacket. But that might be just a coincidence. Anyway, its' performance is now unsatisfactory. Although I hate shopping for stuff, I decided instead of repairing it, I would look to see how far technology had moved ahead in the last five years.

I was able to buy a Nikon Coolpix S1800 camera for less money than I paid for the Canon Sureshot S410, with quite a bit better performance. It is actually very difficult recognizing the difference between a good camera and a cheap one today. The options, specs, and features are endless. In the old days, you could tell a good camera from a bad very quickly: bigger lens aperture, more adjustments, faster shutter speed etc. Today, these features seem to mean very little. At least half the picture quality in a film camera comes from the choice of the film itself. With a digital camera the "film" is actually digital sensors, and they are built in and irreplaceable, and they are a big part of the specification and cost. You can make up for a smaller lens with better quality digital sensors.

So what makes my new camera better than the old? The most quoted specification is megapixels, and the new one is 12 MPx compared to 4Mpx on the old camera. But that's not the only change. The camera "boots up" in less than a second, and takes less time between pictures. It has an optical zoom of 10x, while the old one had 3x. The viewing screen on the back is bigger, and bright enough to see in daylight. It can take high definition video with stereo sound (the old one took grainy videos with mono sound.)

One of the more obvious features is the 10x optical zoom, which is basically a telephoto lens in a camera no bigger than a cigarette box. Not only that, but the camera has a variety of vibration reducing features to make it possible to get good hand-held pictures at long range (without using a tripod).

It also takes amazing (to me) pictures indoors with no flash. But I was shocked when I tried to take a picture of my cat, as the book case and carpet were in sharp focus, but the cat had disappeared! What happened was the camera took a very long shutter opening, which permitted the moving cat to blur away to nothing. The reason the bookcase was still in sharp focus was that the camera was using its processing power to cancel out the blurring of the fixed objects. With my old fashioned camera, a long shutter opening always meant the background got blurred.

Memory cards are replaceable, and so do not become obsolete as fast as built in features. My most recent Canon memory card was a whopping 500 Mb. But technology will obsolete even the replaceable cards. The newer SD memory cards are smaller, and I bought one for $20 with 4x as much memory as the CF card (which I paid $40 for).

The height and width of the two cameras is almost the same, the weight is the same. The new one is about .7 cm. longer. Technology also removes some features. The new camera has lost the optical viewfinder, much like motorcycles lost their kickstart levers. Now all aiming must be done in the LCD screen.

I have not really scratched the surface of all the computerized features of the camera. But already I can see it is far better than the Sureshot, which could not expose a picture properly if a person was sitting in front of a bright window. When I took a similar picture of Mary Ann with the Nikon, a flashing box appeared on the viewfinder framing her face, the camera automatically set the focus and the brightness to that target. The outdoor view in the background was overexposed, but that's what I would have done manually. It just took a lot less time for the camera to do it automatically.

Nikon did not stop there with face recognition. The camera can recognize faces in profile or head on, from what I saw. It can frame multiple faces at the same time. It has a blink recognition feature, but I'm not sure what that feature actually does. Maybe it tells you to keep your eyes open, then retakes the picture? And now for the funniest feature of all (I think). I'm not too good with the automatic 10 second timer, so I was quite impressed that this camera has the option of waiting for someone to smile instead of going off blindly at 10 seconds.

I cannot imagine what more I would ever want from a camera, but I probably should take another look five years from now. 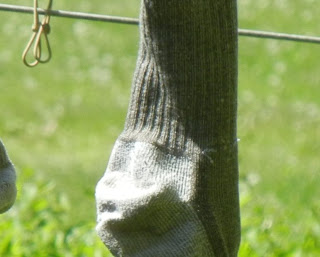 Picture 1: My back yard, and please no comments about unmentionables hanging on the line to dry. That's how the pioneers used to do it before the invention of driers. Incidentally, this picture resolution was reduced by me for uploading.

Picture 2: Taken from the same spot, but using the full 10x zoom. It's the socks from picture 1, I did not reduce resolution in this picture. (click to enlarge)
Copyright the Lost Motorcyclist