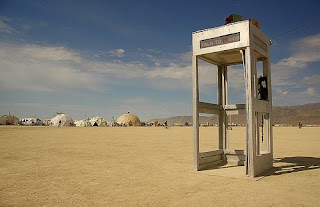 At last the suspense is over. November 2010, in a conversation with God, I asked for a sign that I was truly speaking to God, and not voices in my head. The sign I was given was this: God told me the Vancouver Canucks would win the Stanley Cup in 2011.

So for the last 8 months I have been waiting to see whether I was actually talking to God or not, and finally it's proven.

The Canucks lost the Stanley Cup. After thinking it over, I figure this outcome actually proves God exists. Why? you ask?

God's main rule is to never reveal Himself to us, for then it would be too easy to believe in God. So theoretically, God would be forced to tell me the wrong answer in order to test my faith. And that's exactly what happened!

Secondly, God would not predict Vancouver's victory, then eliminate them in the first round, as that has no dramatic effect. Instead, God would lead the Vancouver Canucks tantalizingly close to the Stanley Cup, and then send them down in defeat at the last opportunity, and combine that with a fair amount of humiliation and violence. Then he would turn loose the forces of Satan on downtown Vancouver to completely demoralize the Canuck fans. That also happened.

Thirdly, God would resurrect the Canucks a few days later and let them have another chance to win the cup next year, and that also is happening.

So the Bruins winning the cup has fulfilled the prophesies, and proves that God exists.

Unless, of course, that by proving God exists, He has violated his own rule of never proving that He exists.

Picture: Same "Talk to God" phone booth as in the original blog, but now this time there is no queue. Good now that leaves more of His time for me.
Copyright the Lost Motorcyclist