Were Humans Used in Nutritional Experiments in the1940's? 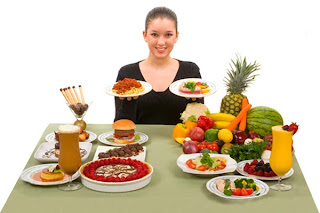 On the CBC news this morning, I heard a newscaster make some disturbing allegations.  Apparently, nutritional researchers withheld food from hungry aboriginal children in residential schools in Canada, in order to study the effects of malnutrition.

I had already heard about the previous scandal, an experiment where researchers apparently gave vitamin and mineral supplements to some, but not all aboriginal schoolchildren.  To me, that did not seem as bad as withholding food from starving children.

I am not trying to make excuses for things that were done a long time ago.  I understand there was a lot more racism back then, in fact there is still a lot today, but at least it is not as overt.  There was also a different attitude towards corporal punishment of children.  We don't have the death penalty in Canada today, but we did then.  Experiments used to be performed on human beings, not just aboriginals either.  Check out Donald Ewen Cameron on Wikipedia, doing experiments with shock therapy and drugs, resulting in death of human test subjects.

So it seems the ethical aspect of human experiments has come a long way since the fifties, in that we are much more careful about obtaining "Consent" of the subjects, and when we finally do the experiments, it is done with proper procedures and documentation, ensuring that we actually get some scientific benefit from the experiment.

Here is what the "Idle No More" (an Aboriginal activist) website posted about the situation, as quoted from the Canadian Press, under the title "HUNGRY ABORIGINAL PEOPLE USED IN BUREAUCRATS' EXPERIMENTS".  This title appears also on the CBC website, and many others.

If they withheld food from half of a group of starving children do see if they would die faster than a control group that got the regular rations, then that was evil by any standard.

If they gave minerals and vitamin supplements unknowingly to half the group, to see if there were any benefits to their health or mental states, without cutting back in any way on the food they were getting already, then the bureacrats and researchers were not evil, they were simply not acting according to modern standards on human research.

From the article above:

"The first experiment began in 1942 on 300 Norway House Cree. Of that group, 125 were selected to receive vitamin supplements which were withheld from the rest.
At the time, researchers calculated the local people were living on less than 1,500 calories a day. Normal, healthy adults generally require at least 2,000."


According to this, all the natives in some communities were basically going hungry, not just the children in residential schools. Instead of providing more food to the communities, the researchers gave selected people vitamin supplements.  If all the natives were hungry, that brings up many other questions about how they were fed, who was responsible for feeding them, and why were they not hunting/fishing/gathering berries, or otherwise using traditional sources of food?  None of that was mentioned in the article, although it seems familiar, just from Canadian and US history, and movies.

Here is another quote:

"One school deliberately held milk rations for two years to less than half the recommended amount to get a 'baseline' reading for when the allowance was increased."

"At another, children were divided into one group that received vitamin, iron and iodine supplements and one that didn't."

"One school depressed levels of vitamin B1 to create another baseline before levels were boosted."


Did people know what vitamin B1 was in 1947?  If so how was the level depressed, by withholding food?  Was it in pill form?

"A special enriched flour that couldn't legally be sold elsewhere in Canada under food adulteration laws was used on children at another school."


This actually doesn't sound too evil, as I think we now basically use enriched flour everywhere and think nothing of it. It is your basic white  "Wonder Bread".  Of course if the illegal enriched flour had proven fatal, that would have been a bad thing.

"Many dental services were withdrawn from participating schools during that time. Gum health was an important measuring tool for scientists and they didn't want treatments on children's teeth distorting results."

"They knew from the beginning that the real problem and the cause of malnutrition was underfunding. That was established before the studies even started and when the studies were completed that was still the problem."


Studies in nutrition are not simple, because even when people have enough money and access to food, they can still be malnourished.  You need to have a healthy balanced diet, and not all people understand what a healthy diet is, or want to eat it.  You can be obese and still  suffer from nutritional deficiencies.  You cannot drink Coke and eat potato chips your whole life without serious side effects, not that I am suggesting anyone in 1947 would do that.  But you also cannot easily force people to eat a healthy diet.