The Original and Central Argument of Biblical Literalism 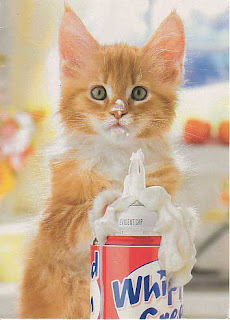 I'm continually surprised at how many people in the USA believe the Bible is the literal truth of and almighty God, and yet do not actually know what the bible says.

When I was growing up, both Protestants and Catholics in my home town took the position that some parts of the bible were stories, or at least needed some interpretation.  We were told that God did not intend for every single word of the bible to be believed especially if it conflicted with reality, custom, history, science, common sense, or the laws of Canada.

To me, extreme biblical literalism is a new phenomenon that is spreading to Canada mostly from the USA, especially from the southern states.  It is no coincidence that slavery was allowed for many years in that area, because the Bible does say literally that slavery is allowed.  Furthermore, the bible advises slaves to obey their masters, and tells masters they have the right to whip their slaves.

The Bible's advice on whipping and slavery was probably the main historical factor in today's surprising resurgence in Biblical Literalism.  And you would think it might be  also the main argument against Biblical Literalism today.  But it isn't. The battlefield seems to have moved to debating Evolution vs. Creation. Evolution vs. creation has given us some fine opportunities for clever debate, for example the scopes Monkey trial.  So both sides seem to be content to keep the evolution debate going as if it was the deciding factor.

The problem is that Evolution vs. Creation is a debate that ultimately pits science vs. faith.  Science vs. faith is like apples vs. oranges. I don't like to put labels on the people who oppose science, because those labels sometimes are insulting, or misleading.  Some people call it "blind" faith, but then sometimes the faith people like to call themselves the real scientists, as opposed to atheistic scientists. In one recent example, a movie was made linking Darwinists to Nazis and the holocaust.  In any event, the evolution argument ends up in name calling, and basically a draw with both sides feeling insulted and oppressed.

So even though it is very tempting for both sides to argue about the literal truth of the bible based mainly on evolution vs. creation, this approach is doomed to get bogged down in a perpetual name calling stalemate.

The only way to really settle the question is to bring back slavery as the main focus.  Slavery was what originally gave energy to the modern theory of Biblical Literalism.  Slavery is not an academic question, because slavery affects people's lives directly in so many ways.  Slavery is not something only found a million years in the past, it is something that we have historical records of and still exists today.  And it can cause wars, like the US civil war. That's because when you try to make people slaves, they fight back, and somebody is going to get killed.

So even though slavery is a really hot topic, and can lead to violence, I think that it is the main topic that needs to be dealt with if we are to consider Biblical Literalism.   Almost everything else is a distraction, no matter how appealing the topic may be to atheists, scientists, or liberals.  The only topic that approaches slavery as a hot topic might be the subject of homosexuality, but that was not the historical argument that gave most support to the Biblical Literalist movement.

If you look close enough, you can find pages on the internet defending the Bible's words about slavery.  Let me take this one for an example.

On this page, a biblical literalist has decided to make a head on attack in the Slavery argument, stating that the Bible is not what promoted slavery, it is what ended slavery.  This is partly true, in that many people who opposed slavery were bible believing Christians.  But I think his argument is very weak, and in one important case entirely false.  On this page is this statement.


"God did not allow physical abuse of servants. If an employer’s disciplining his servant resulted in immediate death, that employer (“master”) was to be put to death for murder (Exodus 21:20) — unlike other ANE codes. The Mosaic Law… held masters to legal account for their treatment of their own servants.”

By saying "God did not allow the physical abuse of servants", he is implying that the bible did not explicitly state that masters were allowed to abuse their servants. This is a lie, as you can see right here.


“When a man strikes his slave, male or female, with a rod and the slave dies under his hand, he shall be avenged. But if the slave survives a day or two, he is not to be avenged, for the slave is his money.

Notice above that according to the literal words of the bible, your slave may be beaten as long as the beaten slave does not die within a day or two. Broken legs?  Chopped off ears and hands? Acceptable according to the Holy Bible, and punishments were accordingly meted out by so-called Christians.  Today,  southern Christian churches have apologized for supporting slavery, without however removing these words from the bible.

Here is a second quote, about servants (also slaves).


"And that servant, which knew his lord's will, and prepared not himself, neither did according to his will, shall be beaten with many stripes."


"But he that knew not, and did commit things worthy of stripes, shall be beaten with few stripes. For unto whomsoever much is given, of him shall be much required: and to whom men have committed much, of him they will ask the more."

This statement on the biblical web page, that the Bible does not allow physical abuse of servants is deception.  Or call it simple ignorance, if you prefer to think that Christians cannot tell a lie. The truth is that you can not, and must not take every word of the Bible as the literal word of God.

Picture: Kitten with cool whip. I am not using deception, I just like this picture better than slave master with actual whip.
Copyright the Lost Motorcyclist