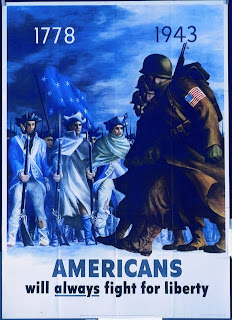 It seems to me that in western countries like the USA (and Canada too) that we are not learning the true history of World War 2.  For example, we do not give the Russians enough credit for the win against Hitler.

To go back in history to World War 1, the Russians folded quickly when the Germans attacked, and Russian leaders signed a peace treaty surrendering huge parts of the Soviet Union to Germany.  The treaty was quickly repudiated by the Russians after the Allies defeated Germany and the war was over.  But to Hitler, that treaty was still valid, meaning he thought much of the Soviet Union was still German property, and he was going to reclaim it.

So with that little bit of background, it is easy to see why Hitler was intent on invading Russia. He was reclaiming "stolen" property.  And the Russians had already proven to be ineffective in war against the Germans.  Due to his racism, Hitler believed that Germans were racially superior to Russians, and therefore they would beat them again just as badly as they had in WW 1.

Credit must be given to many different countries for Germany's defeat.  It was kind of a team effort.  For example, at one point Britain  (and the Empire) was fighting alone against Germany.  If England had signed a peace treaty then, it's possible that the Germans would have won WW 2.  Or to be more accurate, they would have won "a war", because the World War 2 that we know today would not exist.  But whatever name that war would have been given, Germany would have been the clear winner, unless Canada and Australia/New Zealand carried on the fight with the Royal Navy sailing to Canada.  But I'm not sure I that scenario is likely.

So England gets the credit for keeping the war going until Hitler makes his first big mistake. That's like a goalie in sudden death overtime making a big save.  i.e. it doesn't win the game, but it prevents you from losing immediately.

In the end, it was Russia that made the big stand against Germany, and found ways to win.  They did get a lot of equipment from the USA, so credit is due there, too.  But sending over trucks to Russia is kind of like giving hockey sticks and pucks to the home team (continuing the hockey metaphor for winning.)  What wins the game is scoring that final goal in sudden death overtime, and there is no doubt that it was the Russians who surrounded Hitler and compelled him to commit suicide.  That is the puck going in the net, and it was the Russians who finally did it.

Of course, the Americans were not far behind in reaching Hitler.  If the Russians had decided to stop at the German Border, I'm sure the Americans could have finished Hitler off, hypothetically.  But there is a difference between "could have won the war" and "won the war".  There is also a difference between winning a war single handed, and doing it with the help of powerful allies.

I will take issue with one comment: Nathan Hatch, Farmington, UT, USA


"How would the world be if the powers that were would have used a little logic and stopped Hitler before he could trump all of Europe?"

The answer for Nathan from Utah, USA?  If we taught logic in schools, Nathan would know that you would not use "logic" to stop Hitler.  You would have to use the much more powerful form of human thinking called "hindsight". But the people before WW2 did not really know the history of WW2, as it was not taught in school.  That's because it had not happened yet.  The jury was still out on whether Hitler was a great leader, or the world's greatest arch villain.  Even in the USA, you had a lot of people who thought Hitler was a pretty decent guy.  For example Henry Ford and Charles Lindbergh. Also note that in the USA, in 1940, the war was not considered to be important enough to have any Americans get killed over.  But if we could have sent a message from today back in time to 1935, I'm sure the USA would have declared war on Germany before Hitler could trump all of Europe. Or would it?

Picture: An American propaganda poster.  It attracted my attention because I thought the guys in the white sheets were the KKK, but no, if you blow up the image it is white revolutionary war uniforms.
Copyright the Lost Motorcyclist