The Usefulness (or not) of Armed Insurrections 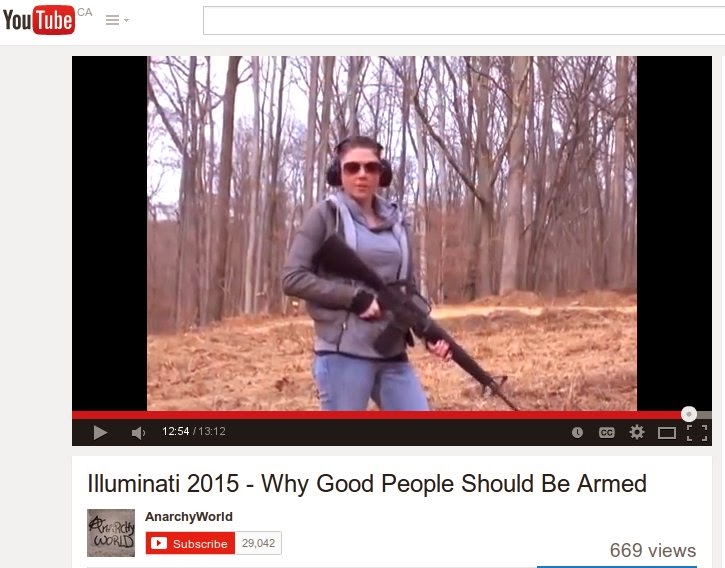 Here is one of the scariest videos I have seen in a while, and there are several copies on youtube, not just on the Anarchy channel.  Not because of the outright violence, but because of what this seemingly sweet young girl is advocating, and the powerful propaganda controlling her mind.  (e.g. equating gun ownership with the safety of air bags)

I am quite sure that sweet "Josie the Outlaw" does not have any real experience of war, revolution or anarchy, or she might reconsider her opinions.  I'm not even sure that she understands the meaning of "outlaw" other than as a cool youtube nickname.

Josie the Outlaw  Why good people need to be armed.

I will admit that I have no experience of violent revolution or anarchy either.  But both history and current events tells us violent armed revolution is quite unappealing.  Not something to be encouraged unless the situation has already become so bad that it can't be any worse.  I can give a few examples in recent years.  Sierra Leone and Liberia in West Africa show us that there is a tendency to atrocities, and they occur on both sides of the struggle.  There was a documentary about the Liberian insurrection on PBS two days ago.  Also, there is anarchy in Syria and Iraq right now, so plenty of reports to give you an idea what life is like during an armed insurrection.

In case you imagine that armed insurrections are more polite and glorious in America than in Africa, you need to study some history that has not been cleaned up for high school textbooks.

Usually armed insurrections do not really start until thousands of people have been killed by the current regime, or unless there is mass starvation.  Most people realize that they really would prefer to live under rule of law, even if it is pretty bad, rather than the absolute horrors of an insurrection, where not just thousands, but hundreds of thousands will die.  Millions more will live in refugee camps after losing everything they had.

So what is going on in America today, that sweet Josie the Outlaw thinks an armed insurrection may be a good thing?  Yes, the national debt is quite high.  Yes, some people are corrupt, and make too much money off the backs of the taxpayers.  But are Americans close to mass starvation yet?  Are groups of Americans being put in death camps yet?  Do secret service people pick up suspects in the middle of the night, never to be seen again?  If not, then conditions are not ripe yet for armed insurrection.

Does Josie have an estimate of how many people will die in a serious armed insurrection?  If not, I would suggest that you might expect about a million before its over.  And that will not necessarily make America a better place, as many of the best people will die, and many of the most vile, and hateful people will still be there - for they exist on both sides of any insurrection, and even seem to rise to the top as the insurrection become more cruel and bloody.

My own advice would be to cool it with the gun advocacy for a while.  Maybe stop watching Fox News and check the dictionary instead for the meaning of tyranny.  And more than anything stop thinking that there are "good people" and "bad people".  Hitler and Stalin both believed that they were only killing the bad people.  Turned out the bad people were them.