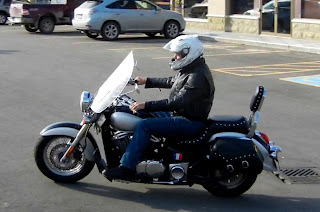 I am slipping further and further into the "biker" image. It is hard not to notice that 99% if motorcyclists who visit Port Dover wear black leather jackets. I, on the other hand have a few textile jackets and an old brown leather bomber jacket. I will give you an idea how old my brown leather jacket is. When shopping for it, I had trouble finding a jacket that was not a copy of the red leather jacket worn by Michael Jackson on the "Thriller" video. I had a few other leather jackets of various colours, one was even older, but some of them developed mildew from storage, and Mary Ann gave them the old heave ho. 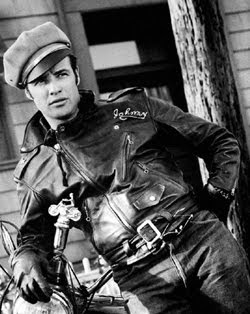 The Lost Motorcyclist (me) found a nice jacket on the Internet for $375 but I was reluctant to order it because I like to look and feel first. Then I realized the same retailer has a store in London, Ontario, where I know that they have hundreds of jackets to try. I found the exact same jacket in the store, but I found out that they have higher prices when you actually go into the store, as compared to what you get when ordering over the Internet. So I might have been better off going back home empty handed and ordering the same coat from the same store over the Internet. However, they allowed me to buy the coat in the store for the same price as the Internet (plus shipping, even though I did not need shipping). In the end the jacket cost more than I first thought, but I really prefer to buy what I can try on first. And I didn't feel bad about trying on something at the store then ordering cheaper online, because it was the same company doing both the online and the store business. 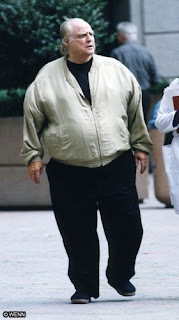 Today I got to try out the jacket on a ride to Port Dover. First I met up with Barry and Bob at Tim Horton's. Bob was riding his Suzuki Intruder 1400, with a Mustang seat. I am very curious about aftermarket seats so he allowed my to try his bike for a ride to another Tim Hortons. I was amazed at how smooth the ride was compared to my Vulcan! On normal roads the rear suspension seemed to float on air. But then we went over a few rougher roads and I could feel the suspension bottoming out a little. Bob said his shocks are old and probably lost all their oil, and that's why they're so soft. The Mustang seat on the other hand didn't feel any softer than my stock Kawasaki seat. On the Vulcan, it takes about 45 minutes usually for "numb butt" to begin. Maybe the Mustang could stay comfy longer, but my test was not long enough to tell. In the end, I did enjoy riding a different bike for a while, but it only made me appreciate the Vulcan more when we swapped back.

The jacket also worked out very well. The temperature was only about 15c, and the jacket kept me warm. I really like the high collar on the jacket, which helps protect my neck, and the zipper that goes all the way to the top. But the collar is also so stiff that it digs into my chin and may stretch my neck out if I wear it too long. That is a problem I have with a lot of jackets when I try to fasten up the neck, and I always find a solution in the end. I also found out that my jacket weighs seven pounds, which seems really heavy, but maybe that's also a sign of good protection. It also has armour in the elbows and shoulders, but I left those at home.

I was the only one to carry on to Port Dover, where I was lucky to get the last apple fritters of the season from "Apples", the place in Port Dover that sells real deep fried apple fritters. But by the time I was finished, the temperature was starting to drop, and I needed to head home without any further delay. By six o'clock, I arrived home and the sun was disappearing behind some clouds. At this time of year, you should not waste daylight.