Since When is Lying a Conservative Value? 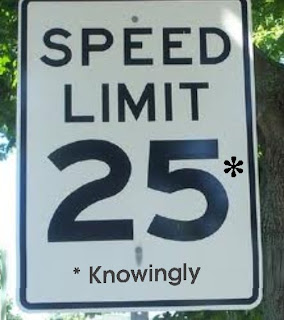 For several years now I have wrestled with this interesting question. Who is telling the truth on TV and on the Internet? On one hand you have the Conservatives claiming to tell the truth. On the other you have the Liberals with exactly the same claim. In order to sort out the difference, I might have to fact-check every single statement made on TV or in the media. Even I, with my high speed Internet connection, and abundant free time, have been intimidated by this prospect. And as a result I have disengaged from some political debates that seem bogged down because of conflict source material. The fact is, most source material for political arguments does come from the media.


But now I think there is finally an issue that separates Conservative values from the Liberal values. This issue promises to put to rest the question about who is lying and who is telling the truth. It all comes down to one word: "Knowingly".

Is the addition of the word "knowingly" that big of a deal? Well, for one thing, a TV network would do well to fire any fact-checkers and researchers that they currently employ. The less they know, the less their legal liability. There is no CRTC regulation forcing broadcasters to hire fact checkers or researchers - I guess that was implied in the regulation preventing the broadcasting of false and misleading information. So my legal advice would be to fire the researchers and real reporters.

To illustrate the legal case, what is the difference between "Speed Limit of 100 kph" and "Speed Limit of 100 kph* (* knowingly)". When you are pulled over for speeding, the first question is "Did you know what speed you were going?" The answer, "No sir, I was not watching my speed" is not a good defence. Wouldn't it be fun if the law was only to punish people who admitted that they know what speed they were going? I would love to answer, "No sir, I don't have a clue! My speedometer is busted/covered with mud/my eyes don't focus that close/I was busy texting". The officer then is forced to reply "Oh, I am sorry, I didn't realize that you were unknowingly doing 235 kph back there. Sorry for the delay and have a nice day!"

Now who is pushing this small, but disturbing change to TV regulation? First I do not think it is the Liberals or the left wing. Fact one: This change is being made under a conservative government. Fact two, a new conservative TV station, Sun News, coincidentally began broadcasting right wing propaganda in the springtime of 2011. I am not aware of any left wing propaganda stations starting up lately. I realize that this is just circumstantial evidence, there is no publicly stated policy from the conservatives on lying. But the evidence is still very strong, and has the implication that the Conservatives are in favour of spreading untruths and misinformation.

In a final note, I have not been able to find final confirmation on the Internet of this CRTC rule change. Last I heard, the left wing groups were still fighting it. All my sources are from January-February this year. But even if the "knowingly" modification is thwarted, it still is a clear indication of which side is more willing to spread false propaganda.