The Truth About Standard and Poor's and the AAA Rating 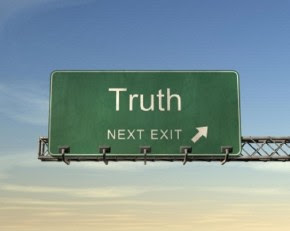 What is the real problem with the US economy and the downgraded US debt rating?

We are being told that a highly trusted debt rating agency has judged the US government to be not as good a risk as it used to be. The reason given is that the US government can't get its spending under control, and that the politicians are always getting deadlocked.

Standard and Poor's is the credit rating agency that made the downgrade.

To me there are a great many red flags indicating this is all pure BS.

To the Lost Motorcyclist, the biggest problem is that the markets started to slide before the news was announced. This indicates a leak, where some well connected people had advanced notice of S&P's earth shattering decision. Many people could have profited illegally from advanced knowledge this downgrade, and thus the downgrade itself is suspect.

Next, was the decision even justified? Two other equally respected debt ratings agencies made no change to the AAA rating. The White House pointed out a two trillion dollar accounting error in the S&P numbers, which should at least lead to some recalculations.

Why did S&P not point to the real reason why you might downgrade the US government? In my mind, that would be the government's unwillingness to eliminate tax breaks granted in a time of surplus. My understanding of government debt is that it is highly rated because of the government's ability to raise taxes to pay off debts, not because their expenses are low. That's why a rich country like Canada has a higher rating than a poor country like Sierra Leone. If we used S&P logic, Sierra Leone, with almost no government expenses, would be rated AAA while Canada with huge expenses would be B-. No, it does not work according to expenses, credit depends on the ability to raise money through taxation - that's where Canada gets a AAA credit rating and Sierra Leone does not. And that's why any reasonable person may doubt the US ability to repay debts, because the US is apparently unable to raise taxes on the richest citizens. However, in their recent decision, S&P did not clearly highlight this weakness of the US economy.

And why would we be trusting the ratings agencies anyway? Almost ten years ago, there was a market crash caused by an auditing firm that could not be trusted. http://en.wikipedia.org/wiki/Arthur_Andersen

S&P itself was partly responsible for the market crash of 2008, by failing to downgrade the profitable mortgage backed securities.

So the truth is that an unreliable company, S&P, has destabilized the world economy with a questionable decision about US debt. And furthermore, probably leaked the decision to some well placed people ahead of time, resulting in huge profits for them at the expense of ordinary investors. Finally, even the reason for the downgrade was a thinly disguised and politically motivated right wing statement rather than a discussion of the real social, political and economic reasons for the weakness of US credit.

In my opinion, the greatest disappointment is that one more trusted institution in our world economy has become dysfunctional. Not the US government (although there is a real worry there), it is one of the well respected debt ratings agencies.
Copyright the Lost Motorcyclist