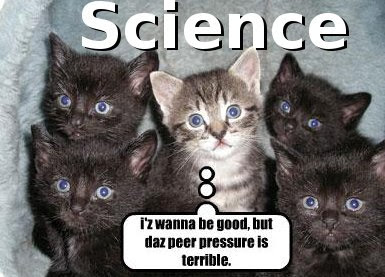 Here is something I came across in the National Post.  The headline reads


I don't always vote for the Green Party, but that is mainly because we don't have runoff voting.  Your first vote better count when you vote in Canada.  I support science, and any party that also genuinely supports science.  So if it's true that the Green Party is supporting a lot of unscientific public policies, I will not vote for them.

Knowing already that the National Post runs a lot of prejudiced material supporting the Conservative Party, and knowing that many NP titles do not match the article they were pasted to, I decided to read it and see for myself whether the Green Party was science based or B.S. based.

I would have to say first, that for once the title matched the content of the article.  And that seems to support my rule that if the title matches the URL link name, then it didn't get a make-over by the Propaganda-wise Title Editor.  So now on to the content and see if the conclusions are fair.

“I really think the Green Party is just doing the same things everybody else does, which is to make up an idea that matches with your ideology, and then go looking for evidence to support it,” said Michael Kruse, chair of Bad Science Watch, a non-profit devoted to rooting out false science in public policy.


I had to investigate who Michael Kruse is.  Although he does not seem to be a scientist, he has set up a non-profit group called "Bad Science Watch".  I didn't see anything on the web site about global warming, but I did see something about Wifi radiation.  "Investigating ant-wifi activism in Canada."  Then I did a cross check and found that the Green Party (or Elizabeth May) has said that we rolled out wifi too quickly in schools without proving that it is harmless. So if understand correctly, that makes Elizabeth May an anti- wifi activist, and so Michael Kruse is not a really impartial scientist making his anti-Green party claim.

Furthermore, if Bad Science Watch is committed to rooting out *all* bad science in public policy, maybe they should be investigating how the Conservative government is ignoring global warming.

At this point, I have not really settled yet whether Michael Kruse is an impartial  commentator.  And so far I have only gone through about 10% of this National Post article.  I'm not sure I have the time to slog out all the remaining details, so after the first dodgy reference, I will just start to skim for glaring errors.

If it is Green Party policy to oppose new scientific technology, such as Wifi, nuclear power, genetically modified foods, coal powerplants, and tar sands development, that does not necessarily make them unscientific.  They would only be unscientific if they opposed these technologies regardless of scientific evidence.  But the Green party clearly states that they believe that much of the true unbiased scientific research has been undermined by corporate interests, with big think tanks funding pseudo scientific research to support their profitable activities.

Continuing in the rest of the NP article, I notice this:

GreenParty.ca, for instance, is host to a two-part blog post earnestly trumpeting the evidence for “abiotic oil,” a theory from Stalinist Russia that petroleum is not derived from biological matter, but is rather a geological substance dating to the origins of the earth.


I happen to think it is particularly nasty (though not unusual for the NP) that the article finds this way to link the Green Party to Stalin.  But Abiotic Oil is not a policy of the Green Party at all.

The blog they refer to is here, is written by David Bergey.  This blog is, as they said, hosted by the Green Party website.
http://www.greenparty.ca/blogs/12489/2012-08-28/more-evidence-abiotic-oil

But of the three comments following this blog post, all are dismissive of abiotic oil, mainly because it is unscientific.  And abiotic oil theory has not been the basis of any policies of the Green Party.

Picture: I found the picture  of the kitties on the internet.  I added the word "Science" to illustrate the dilemma facing scientist who are offered funding by large corporations.