The Heartwarming Story of the Wal-Mart Greeter 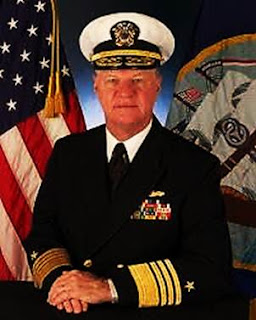 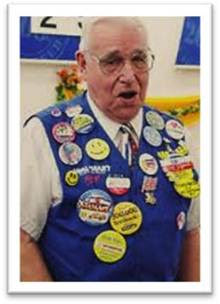 Forwarded email, the true gift that keeps on giving: Here is the latest one I received and it is almost enough to make me see Walmart in a new light.

You just have to appreciate this one. Young people forget that we old people had a career before we retired......

Charley, a new retiree-greeter at Wal-Mart, just couldn't seem to get to work on time.

Every day he was 5, 10, 15 minutes late. But he was a good worker, really tidy, clean-shaven, sharp-minded and a real credit to the company and obviously demonstrating their "Older Person Friendly" policies.

One day the boss called him into the office for a talk.

"Charley, I have to tell you, I like your work ethic, you do a bang-up job when you finally get here; but your being late so often is quite bothersome."

"Well good, you are a team player. That's what I like to hear.”

“Yes sir, I understand your concern and I’ll try harder.”

Seeming puzzled, the manager went on to comment, “It's odd though your coming in late. I know you're retired from the Armed Forces. What did they say to you there if you showed up in the morning so late and so often?"

The old man looked down at the floor, then smiled.

He chuckled quietly, then said with a grin, "They usually saluted and said, ‘Good morning, Admiral, can I get your coffee, sir?"

Now for the reaction of the Lost Motorcyclist to this wonderful story:
I have to admire the luck of the Walmart people, to have such a heartwarming story to tell as this. Imagine: A well respected, retired admiral who thinks so highly of Walmart that he will spend his retirement years promoting their store for minimum wage, while being scolded by his much younger bosses. So cute.

I guess it's possible that a retired Admiral could find nothing better to do with their time than greet Walmart shoppers, or that financial circumstances could force him to keep working until his health fails. Especially in the USA, where older people can be bankrupted by health care issues, and may be forced to work on into their seventies. (Although in the USA this does not usually happen to military retirees, who have the Veterans hospitals to care for them.)

I personally might prefer to see an older person have enough financial security to stay active by working for voluntary organizations that promote international justice, or protect the environment, or make the world a better place in some way. Instead of being forced to work at minimum wage for Walmart whose main goal seems to be to drive local stores out of business, by selling slightly cheaper Chinese made goods.

But to get back to reality, I actually used to avoid shopping at Walmart for many reasons, one of them was that I didn't like being greeted at the door by those poor old people. But with this nice story, maybe my whole slightly negative outlook on Walmart will change.

Picture: I wonder who took the trouble to dig up the pics to go with this heartwarming story? Isn't it amazing how different someone can look out of uniform. Or should I say in a different uniform with even more medals.
Copyright the Lost Motorcyclist