Scooters to the Rescue 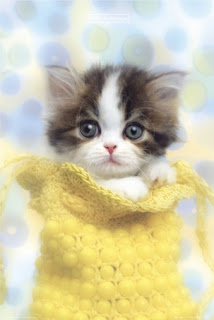 Over the years I have had motorcycle rides of all kinds. I mean commuting, long distance touring, group rides, winter rides, rain rides, shopping errands. But yesterday I went for a memorable ride that was different from any other ride "The Lost Motorcyclist" (TM) has ever taken.

I used Mary Ann's Burgman 400 scooter. Usually I have several means of getting around: walk, bicycle, scooter, Honda 175 or Vulcan 900 motorcycle, or by car. Yesterday I needed to get around in the city and the only transportation that could work was the scooter.

The situation that eliminated every other means of transportation was complicated. The Toyota Matrix was in the shop all day for a recall on the ECU, so I could not use the car. The previous day, I needed to have a catheter installed, so I could not walk or bicycle easily. A motorcycle was no good because the foot controls were too complicated for use with a catheter. That left the scooter as my only choice.

The reason I needed to go out was also complicated. Earlier in the morning, I managed to drive my car to the Toyota garage and return on the shuttle, but then I noticed the catheter bag had sprung a leak, so I had to get a new one before the car was ready. I called around and found a place in Kitchener with replacement catheter bags for $10. It was better than checking in to the hospital emergency room again to get another exact same model bag with the leaky, and poorly designed valve. But now I needed transportation to get to the medical supply store without a car, and that's where the scooter came to the rescue.

It was a sunny, hot day, and frankly I was not terribly concerned about having an accident at that point. So I grabbed my new half helmet and headed out the door with no other motorcycle gear. The way I was dressed happened to include sandals, but I didn't notice that until later. The absolutely only motorcycle gear I was wearing was the helmet, and somehow it didn't concern me at all. I easily got to the address of 702 King St. West. As anyone familiar with our city will know, the "west" is the most important part of the address. Because amazingly, to newcomers, we also have a 702 King street east, north and south. Upon arriving and parking my scooter at 702 King St. W, I was informed that the medical supply store had moved to another location also in downtown Kitchener. This urban environment is where scooters are so great. They can go as fast or faster than the traffic, turn on a dime, fit in anywhere, park on the sidewalks if you don't care about consequences. So I left 702 King West, but had to make a left turn onto a busy 4 lane road with all the traffic stopped at a stop light, but the scooter can fit in anywhere there is 3 foot gap between stopped cars.

In the end, I got my new $10 catheter bag, much better than the free "Medline" bag I got from the hospital (Which by the way retails for $1.35 according to the internet) . Within an hour, the shuttle picked me up and whisked me out to Heffner Toyota where I picked up my car with new brakes, new Engine Control Unit, and rebalanced tires. Now I'm planning to get some rest until I see my doctor on Monday. No more scooting around with catheter bags, even though the weather is still perfect.

Today a new film is opening called "Larry Crowne", starring Tom Hanks and Julia Roberts. This movie features scooters prominently and furthermore, shows the scooters in a positive light. I'd like to see it, but I think I'll see the doctor first.

The one down side of the scooter is that was was a bit painful over all the bumpy city roads, and I really need to take it easy now for a few days to recover from my scooter ride.

Picture: Kitten in a bag by Keith Kimberlin, because I like this picture better than a catheter bag, but if you really need to see a catheter bag, just google it.
Copyright the Lost Motorcyclist