The Subliminal Message of Get Smart 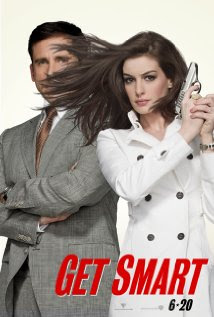 The Get Smart movie, starring Steve Carell, Anne Hathaway and Alan Arkin, was released in 2008. Although it is just a comedy, there is a hidden liberal and anti-torture message in the movie. Before reading any further, this is not a movie review, it is an analysis of the hidden meaning of the movie and will contain spoilers.

At no time during the movie was torture used or mentioned by anyone, yet the plot of the movie is the classical torture argument. Terrorists have set an atomic bomb to go off in Los Angeles, and you have limited time to figure out where it is. Is it right to torture people to find out where the bomb is? And a secondary consideration: will torture work to save the city? So, except for the fact that the movie at no time mentions or uses torture, otherwise it is the classic scenario used in the pro-torture argument.

The hidden message of the movie is that torture does not work and is not necessary. The person who knows where the bomb is set to go off is a giant hulk, seemingly immune to any kind of physical pain. But Agent Maxwell Smart is able to befriend this giant terrorist, and find out that his marriage relationship is causing him psychological pain. In the end, before the bomb blows up, the giant sends a coded message to Max to warn him where the bomb is, and so the threat is averted.

Making torture even less likely to work in this case, the CONTROL bosses (i.e. the good guys) think Maxwell Smart is a double agent for the enemy, and therefore Max himself is the most likely candidate to be tortured, should they decide to do it. But because Max knew nothing about the bomb, torture would have been pretty much wasted on him, while the city blows up anyway. This possibility is something never mentioned in the pro-torture argument, where it is always assumed that you are "interrogating" the correct person. Instead, Max escapes custody, finds the bomb and defuses it. Obviously, if Max had actually been tortured, the city would have blown up.

A running theme through the movie is the CONTROL director (played by Alan Arkin) having less then cordial discussions with the Vice President (I assumed to be Dick Cheney) about how intelligence is supposed to be gathered. The CONTROL boss thinks the best intelligence comes from people with hunches, while the VP wants satellite data. Again, apparently no mention is made about torture, but everyone knows Dick likes torture, although he tries to not use the "T" word. Ironically, the title of the film, "Get Smart" could also be understood as a request aimed at people (like Dick Cheney) who think torture is the only way to go for intelligence gathering.

I'm not sure how popular this movie was, but I did find it in the 2 for 1 bin at my local used DVD store. So I'm not sure that many people "got" the hidden message. But even without the hidden message, I think it was worth more than the three buck I paid for it. I had a few laughs (actually laughing is not good because I'm recovering from an operation), and the next time through I had even more laughs because there are alternate joke scenes, some of which are even funnier than the original movie. For example, Agent 99 is going to chase the bad guys on a Vespa scooter, and Max is supposed to jump on the passenger seat, but instead says "wait a second I have to get some helmets and reflective vests". That made me laugh more than the original joke.
Copyright the Lost Motorcyclist