No More Broken Promises Ever Again 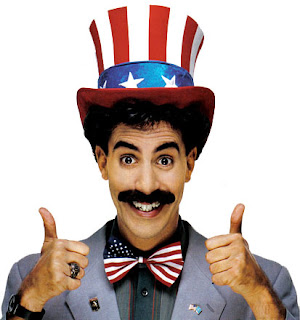 Last year I set up a new major religion. For 2010, I will start up a new political party for the United States of America, one that brings guaranteed results. No more disappointments ever.

It has often been commented that both Democrats and Republicans are hoping for the other guy's President to fail. For example, the Democrats were hoping for Bush to fail, meaning America would lose the war in Iraq. And the economy would crash and everybody lose their jobs. And how about another terrorist attack just for good measure? Then Republicans were hoping for Obama to fail. Meaning no health care, no bailing out the auto industry or the banks, no stimulus package, losing the war in Afghanistan, and having the economy crash and everybody lose their jobs. It would be the icing on the cake to have another terrorist attack and many Americans killed.

Am I understanding that right so far? Because if so, I have a candidate and a slogan everybody could get behind. I would call it the Party of Failure, and the campaign slogan would be "Guaranteed to F****n Fail". For Prez, I would nominate Borat, and I would like Sarah Palin as the VP. Best of all, Borat is not even qualified to be President, as he was born in Kazakhstan, and is an illegal alien. Now there's a change you can believe in, and nobody who voted for him would ever be disappointed once he got in the White House. Next time don't vote for change and be disappointed, instead, vote for failure and get exactly what you voted for.

Don't sweat the details of the PoF platform, because as president of the USA you are pretty much going to fail no matter what you do. So I am not going to worry about the details of what is being promised. Put 30,000 more troops in Afghanistan? You lose. Put 200,000 more? Still lose. Take out all the troops next year? America is still the most hated country on the planet.

Health care? Sure, it sucks, so go ahead and create those death panels. Insure 30,000,000 extra people that aren't even sick. People are still going to die of sickness, and the debt will still increase.

Guantanamo? Turn them all loose, or give them all a fair trial, or waterboard them till the cows come home. I'm pretty sure all those options lead to a major failure. You're going to meet voter expectations no matter what you do.

Bail out the banks that crashed the economy, and then sit back and watch as the top executives take 25 billion dollars of the bailout money as performance bonuses. What greater failure could you ever aspire to?

Send President Borat overseas, and you can be sure that he would not only be touching the Queen of England's tushie, he would be mud wrestling with her. And of course losing. And not just bowing to the Japanese Emperor, but bowing while puking on him. The Borat administration is guaranteed by the campaign slogan to be a foreign relations fiasco beyond compare. While back at home the economy tanks. And instead of all the voters wailing and gnashing their teeth in frustration, everybody can be smugly satisfied and say "I knew this would happen."