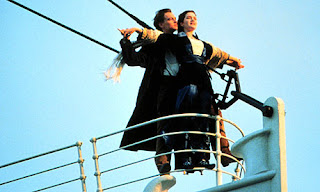 I have a theory to explain why so many people are easily duped by ideas that have gaping holes in their logic. I think much of it has to do with watching too many fictional movies. If movies were logical, or realistic, maybe we would not be so gullible, but most movies are based impossible assumptions that apparently are accepted as absolute truth.

Many movie plots contain coincidences that would rarely if ever happen in real life. Movie characters behave in ways that real people almost never would. Even technology, which you might think would be easy to judge on it's realism, is not realistic. In every case, the movie's plot, and the success of the hero depends on these unrealistic assumptions. And millions of people continue to watch the movies and are satisfied with how they turn out, and do not question the impossibility of the whole thing.

In real life, there are people who cannot figure out that movies like "Die Hard", and TV shows like "24", could never happen, and the very same people are making up their own minds about such things as going to war in Iraq, whether global warming is real, and how the economy should be rebuilt after a crash.

Sometimes the errors are hard to spot, and that's because we don't all have the experience to spot the errors right away. But just ask a real policeman to look at an average movie about police work. Ask a real teacher to look at a movie like "To Sir With Love", ask a real mental hospital worker to look at a movie like "One Flew Over the Cuckoo's Nest". You will find out that all of these are impossible, yet people walk out of those movies wondering why we still have problems of mental health, when all it takes is a bit of plain talk and all those psychos would be cured.

For people who have never been to war you have movies like "The Great Escape". It is based on a true war, and true events, but had to be so changed to make it believable to people who had never been in a war. I think this is true of most war movies even when based on real events. The war movies that are pure fiction are even worse. They glorify pretend war to the point that people can no longer begin to comprehend real war.

Out of all the thousands of fictional movies that have been made I want to pick one example, because I happen to have a bit of experience that most people do not have. Titanic, by James Cameron, who just released "Avatar". I'm not going to comment on Avatar because I have never been off planet Earth. And of course I was not on the Titanic either. But when I was 10 years old, I did go on two transatlantic crossings on one of the last of the classic ocean liners. I mean ships that carried people across the Atlantic before airplanes made them obsolete.

What are some of the images of Titanic that come to mind? Jack and Rose standing on the bow of the ship. That would not happen. The entire plot seemed to revolve around Jack Dawson having access to every part of the ship. Also would not happen. Here is why. When I did my trip, the ship was divided into first class and second class sections. Only two classes compared to four or more classes on earlier ocean liners like the Titanic. The back of the ship was for second class, the front of the ship (roughly) was for first class. Now I was only ten years old, but I had fourteen days with not much else to do but run around the ship exploring every nook and cranny. Plus, there were other kids my age exploring, and telling each other what we had found. My best shot at getting into the first class (or front) of the ship was to climb into the balcony at the movie theatre, which was nearly impossible anyway. But is was much easier than cutting through steel bulwarks, or diving into the ocean, swimming faster than the ship, and climbing four stories to the deck at the front. For some reason, the Cunard line had cheaped out and used the same movies for first and second class passengers. But each class had their own entrance, and could barely see each other because first class was in the balcony, and second class was below. By the way, I also never managed to get into the engine room, the captain's cabin, the bridge, or the front of the ship. So how did Jack (from steerage class) ever see Rose (from first class) on the Titanic, much less talk to her? It was never explained in the movie.

There are people who study movies very closely for errors and goofs, and here is a page on the Titanic, with hundreds of goofs from the coins used, to the type of pistol, to the type of engines used on the ship. One of the errors refers to the fact that steerage passengers "would not have been allowed on the promenade deck". Another goof mentions "Passengers were not allowed at the forecastle head". This is quite an understatement, in reality it was more than just "not allowed", I would say "not remotely possible".