Zen and the Art of Scientific Inquiry 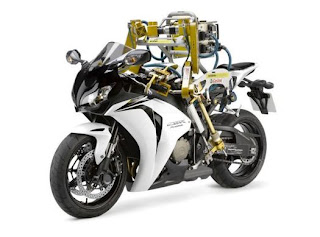 One of my favourite books is "Zen and the Art of Motorcycle Maintenance" by Robert Pirsig. I have already written one blog about that book, and several others mentioning it in passing. Now I'm coming back to it again, but this time in the context of science.

One thing that was obvious to me on reading the book was that the title could just as well have been "The Scientific Method of Motorcycle Maintenance". Although it might lack the punchiness, it would have been more accurate.

This sets up my question of the day. Does the title of the book reflect the fact that Americans are afraid of science?

Although he was an intellectual, Robert Pirsig was not a scientist, he was more into literature and philosophy. These intellectual activities had begun early in his life, at a time when he was sliding into a mental disorder. During his recovery, he discovered motorcycling. As part of motorcycling, he first became frustrated at trying to get his motorcycle maintained properly by professional mechanics. Then he decided to fix it himself, and almost accidentally stumbled across philosophical questions while troubleshooting and repairing his bike. One of these questions was about the usefulness of "scientific method" in dealing with motorcycle repair and maintenance.

Robert Pirsig started to understand that there is no black magic in a motorcycle, it can be completely understood in terms of science and engineering. So he learned something about the scientific method, and began applying it to solving the motorcycles' many problems. Soon his motorcycle was working like a charm, and he was then able to embark on a long ride far from his local mechanic, without fear of a breakdown.

Along the way, in Pirsig's voyage of discovery, he noticed that not everybody shared his enthusiasm for science. His travelling companion, a musician named John, riding a BMW motorcycle, hated technology. Every time something went wrong with John's bike, he had to find a professional mechanic. During the trip, John was reluctant even to understand the function of the choke. Later, the handlebars of his BMW began slipping. In this case an argument ensued because Pirsig suggested a way to solve the problem scientifically, and John refused to consider it. Robert Pirsig's suggestion was to take a square of aluminum from a beer can and use it as a shim to tighten the handlebar clamp. John had to find a BMW dealer, which wasted time and ended up with the same solution. Except that they used an expensive BMW shim made of aluminum instead of a cheap (free actually) shim from an aluminum beer can. Scientifically, there was no difference, as a shim only needs to resist compression on its thickness, so stiffness and tensile strength of the alloy are unimportant. Also, with a shim of this type, thickness and size do not need to be precise. Only the softness of the metal is, and any aluminum alloy is going to be soft enough to conform to the shape of the handlebar without scratching it, and strong enough to not be compressed by the adjusting bolts. But John regarded all such arguments with skepticism as if this science was some strange new religious cult.

So Robert Pirsig had embraced science and saw its usefulness particularly as it applied to motorcycle maintenance. But he learned that not all his countrymen do. Starting with the mechanics who destroyed his bike instead of repairing it, continuing with his friend John. In publishing the book, I don't know who decided that "art" rather than "science" would appear in the title, but I'll bet the decision had something to do with the American public's willingness to buy the book. In other words, no matter who thought of that title, the publisher apparently agreed that leaving "science" out of the title, but including "art" would not hurt sales. So we have the strange title with "Zen" and "Art", but no "science", that quite likely helped make the book the huge success it was.

There are plenty of well known examples showing that mainstream Americans are a bit leery of science. Russians, who do embrace science, were the first to put a satellite in space and a man in space, not the Americans. When the Americans needed to build up their space program to compete, they used Germans, notably Werner Von Braun, who they captured from the Nazis after WW2. While thinking about WW2, it was Germans escaping from the Nazis before the war, who developed the atomic bomb for America.

Coming forward to the present day, the most highly paid specialists in America are not engineers or scientists. They are bankers, who are not scientifically trained and have very little understanding of scientific method. If they did, the economy would not be crashing repeatedly. Also highly paid are musicians, actors, writers, sports heroes, doctors, lawyers, and TV evangelists. Scientists struggle in obscurity and at relatively low wages. And when they do make discoveries that are important to the world, Americans generally heap scorn on them. (I'm thinking of global warming).
Right wing Christian fundamentalists are formidable opponents of science in the US. They are still engaged in an epic struggle against the Theory of Evolution. And now they seem equally prepared to oppose global warming, and even stem cell research.

Some of the hostility for science seems to come from a dislike for the Nazis and the Communists, both were seen by Americans as scientists or engineers gone wild. So now science is somehow connected in the average Americans' mind as not only foreign, but Godless, the enemy, and totally lacking in morality.

On the other hand, Americans do seem to love technology, especially pickup trucks and guns. But they keep telling themselves that their technology was invented by God fearing religious people such as Thomas Edison, not atheists such as Darwin. The reality is that Edison was actually an atheist and Darwin was religious, but you would have to be kind of scientific, to even want to look that up.

As far as I'm concerned, the truth is that science is no less moral than religion, and maybe even more moral. And science is not inherently opposed to religion either, although there is a certain skepticism in science that could severely limit the wealth potential of some charismatic evangelical leaders. You know the ones I mean, the ones who sell valuable "miracles" on TV and live in palaces in gated communities.

Picture: The motorcycle riding robot. This is an English robot, they affectionately call her "Flossie". But the label of this web page from "Popular Science", an American Magazine, is "robot rides more efficiently probably kills more efficiently", in my opinion, another indicator of the ambivalence of Americans toward science.