Putting the Christ Back in Christmas? 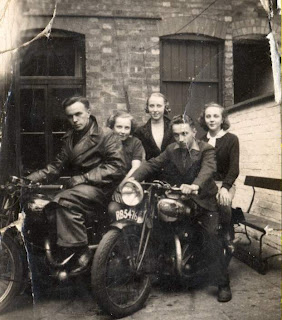 At our Christmas family gathering, my mother was telling me that she had just bought a new bumper sticker for her car, "Put the 'Christ' Back in Christmas". This of course is the same woman who started a chain of events that eliminated religion from all the public schools in the province of Quebec* and I am very proud of her for it. And now she is upset that Walmart hangs up signs that say only "Season's Greetings", and not "Merry Christmas".

I said, but Mom, the heathens had Christmas first. "How could that be?" she asked. Well, they celebrated the day that the sun started coming back up. The Christians, not wanting to appear "different", started celebrating that day too, or they might be thrown to the lions. So the early Christians wondered, what could they celebrate on December 25th? Some genius suggested, why not make it Jesus's birthday. Nobody knows when Jesus was born, it could be December 25th as easily as any other day. But later, once people were used to having Christmas on December 25th, somebody noticed it was written right in the bible that Jesus could not have been born on December 25th. Because in the bible it says "When the shepherds watched their flocks by night", and any shepherd in the holy land could have told them that could not be winter.

Now here is a link to a Christmas song by Tim Minchin. This song might be called a pro-reason Christmas song. Maybe even atheistic.

* If you didn't see the story of my mother and public schools, it is in this blog "What Do Canadians Really Believe", starting at fifth paragraph from the end.

Picture: My mother's brothers and sisters, with her on the far right about 1937 in Leicester, England. Two Rudge motorcycles.
Copyright the Lost Motorcyclist